The Importance of Amateur Theatre – Where Would We Be Without It? 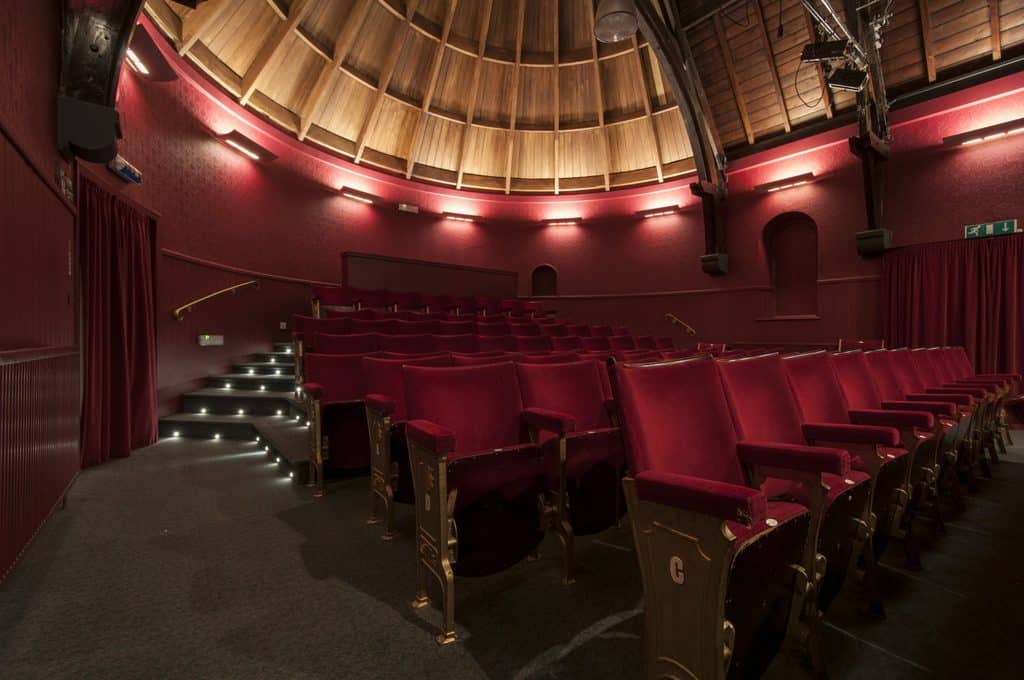 The Dumfries Musical Theatre Company (or DMTC, as we’re more fondly known) are the only musical theatre company in Dumfries with its own theatre, The Brigend, and have been performing in Dumfries since 1922. We usually perform two musicals each year, in addition to concerts and fundraisers, smaller events, external hires, and social gatherings.

This year, however, we were forced to cancel our upcoming production of ‘Chess: The Musical’, which was due to premiere on 9th May, and our production of ‘The Bakers Wife’ in November, in order to keep our cast, crew and community safe during these scary and unsettling times. We also had to close our theatre doors and cancel all events and external hires for the rest of the year.

DMTC is an Unincorporated Body and not a Charity. Therefore, we do not attract discounts on VAT, nor do we receive any grants for putting on our shows that many other organisations do. We are entirely self-funding with the bulk of our annual income coming from the shows we put on, together with subscriptions from Members and Patrons, and external hires. None of our Members are paid anything for performing or taking part and that includes anyone who takes on the role of Musical Director or Director. We do it because we love it. Our wee theatre is owned, operated, maintained and cared for entirely by volunteers, and with COVID forcing us to shut our doors it’s been ‘all hands on deck’ to keep our company afloat.

There is no question of the importance of Amateur Theatre within our local communities.

Amateur theatre performing groups produce over 3500 productions annually which are watched by audience figures of more than 2 million every year. These performances include pantomimes, plays and musicals. We are proud to be part of the umbrella body, the National Operatic & Dramatic Association (NODA) The combined membership of this organisation is over 100,000 ranging in age from 880.

NODA’s (National Operatic and Dramatic Association) members groups generate between £150m – £200m in ticket sales with at least the same being produced in additional spending including food, drink, travel and accommodation. The vast majority of this supports a wide range of businesses, including theatres, village and community halls, theatrical suppliers, restaurants, musicians, bars and hotels. Many groups also raise significant sums for local and national charities with post show collections and specific fundraising events.

Amateur theatre plays a significant part in the cultural life of the nation; helping with both physical and mental health, not just for the performers and all taking part, but for audiences too. Youngsters involved, grow in confidence and self-esteem.

Amateur theatre, in many smaller communities, is very often the hub of cultural activity as well as helping to bring communities together.  Also worthy of note, is the fact that many professional performers and stars of TV, originally trod the boards in amateur theatre thus shaping them for more lucrative exploits ahead.

At the present time, virtually all amateur theatre productions have been cancelled across the country, and given the lead time for productions, it is unlikely there will be many, if any, productions before the end of 2021. This is a significant loss to the cultural and economic life of the UK. Many groups have been making use of technology to keep in touch, rehearse, or put together videos to entertain their audiences via social media channels. They are eager to maintain their involvement and to resume a normal programme as far as they can.

We would welcome your support.