The Search Is On For Scotland’s Home Of The Year 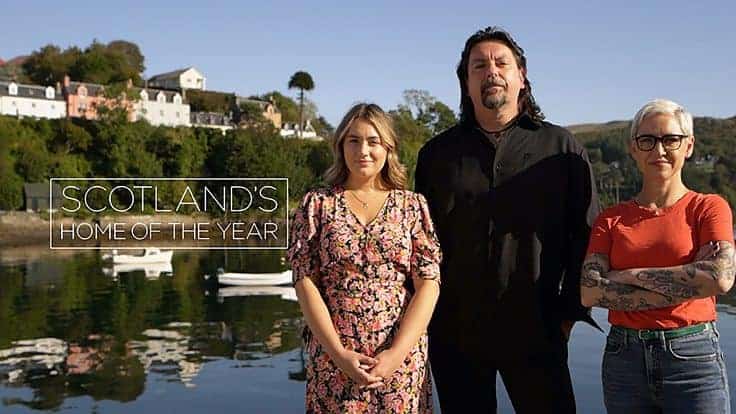 Scotland’s Home Of The Year – BBC Scotland’s popular weekly property programme – will return for a fourth series as the filmmakers, IWC (a Banijay UK company), begin their search for outstanding homes from across Scotland to take part.

From Lerwick to Lockerbie, Stornoway to St Andrews, Glasgow to Galashiels, Scotland’s Home Of The Year is looking for homes of all types from all over Scotland to apply to take part in the new 10-part series.

Whether it’s a croft or a castle, a country cottage or contemporary flat, a city dwelling or somewhere by the sea, the filmmakers are looking for homes which embody design, style and amazing architecture. Filming will begin in June 2021 and broadcast on BBC Scotland in 2022.

Fronted by acclaimed judges, renowned interior designer Anna Campbell-Jones, lifestyle blogger Kate Spiers and architect Michael Angus, the current series continues to captivate viewers and has fast become a ‘must-watch’ show on the BBC Scotland channel, BBC One Scotland and BBC iPlayer, making it one of the broadcasters Top 5 brands.

The third series, which launched in early April 2021, has already seen a significant growth in audiences from the previous series which secured over 1 million downloads on BBC iPlayer alone.

Applications to take part in Series 4 of Scotland’s Home Of The Year should be sent to scotlandshomes@iwcmedia.co.uk and should include contact details, a brief description of the home and a few pictures. Please note, only primary residences can apply to take part.

Judge and interior designer Anna Campbell-Jones, is thrilled Scotland’s Home Of The Year is back to peek at people’s pads: “I have been blown away by the hugely joyful response to SHOTY3 even though it’s only just begun and it’s incredibly exciting to be able to let the SHOTY aficionados know that series 4 is in the pipeline. We love being the viewers’ eyes, sharing our experience of all these incredible homes. The quality and variety of homes has increased exponentially with each series, goodness knows what levels series 4 will bring! I would love to see a boat or an Airstream enter the competition, all kinds of compact homes are fascinating and fun.”
Lifestyler blogger and fellow judge, Kate Spiers says: “In our previous searches for Scotland’s Home Of The Year, we’ve been lucky enough to see some of the most spectacular spaces in the country – impressive buildings with immaculate interiors, and charming homes full of character. Next series, I want to find a home that speaks to me on an aesthetic level, somewhere that is both beautifully designed but also has the personality and passion of the homeowner behind it!”
Judge and architectural expert, Michael Angus adds: “It’s fantastic that Scotland’s Home Of The Year Series 4 is going ahead. Another wonderful opportunity to explore our beautiful country, to seek out more amazing homes and be invited to share these inspirational discoveries.”
Steve Allen, BBC Scotland Executive Producer and Commissioning Executive, welcomes the return of the popular series: “We have been thrilled with the audience response to Scotland’s Home of the Year and its continued and growing success. Whether audiences are catching it on the BBC Scotland channel, on BBC One Scotland or on iPlayer it’s proving a huge hit. There is a lot of love out there for it and so we’re delighted to be bringing it back for a fourth series.”
Pauline Law, Executive Producer for IWC Media, adds: “We’re delighted to be making a fourth series of Scotland’s Home Of The Year. Once again we’ll be travelling the length and breadth of the country to seek out Scotland’s most stylish houses but also looking for that special ingredient that makes a beautiful house a wonderful home.”

Scotland’s Home Of The Year is commissioned by Steve Allen, BBC Scotland’s Commissioning Executive who will also the Executive Producer on Series 4 alongside Pauline Law for IWC Media.