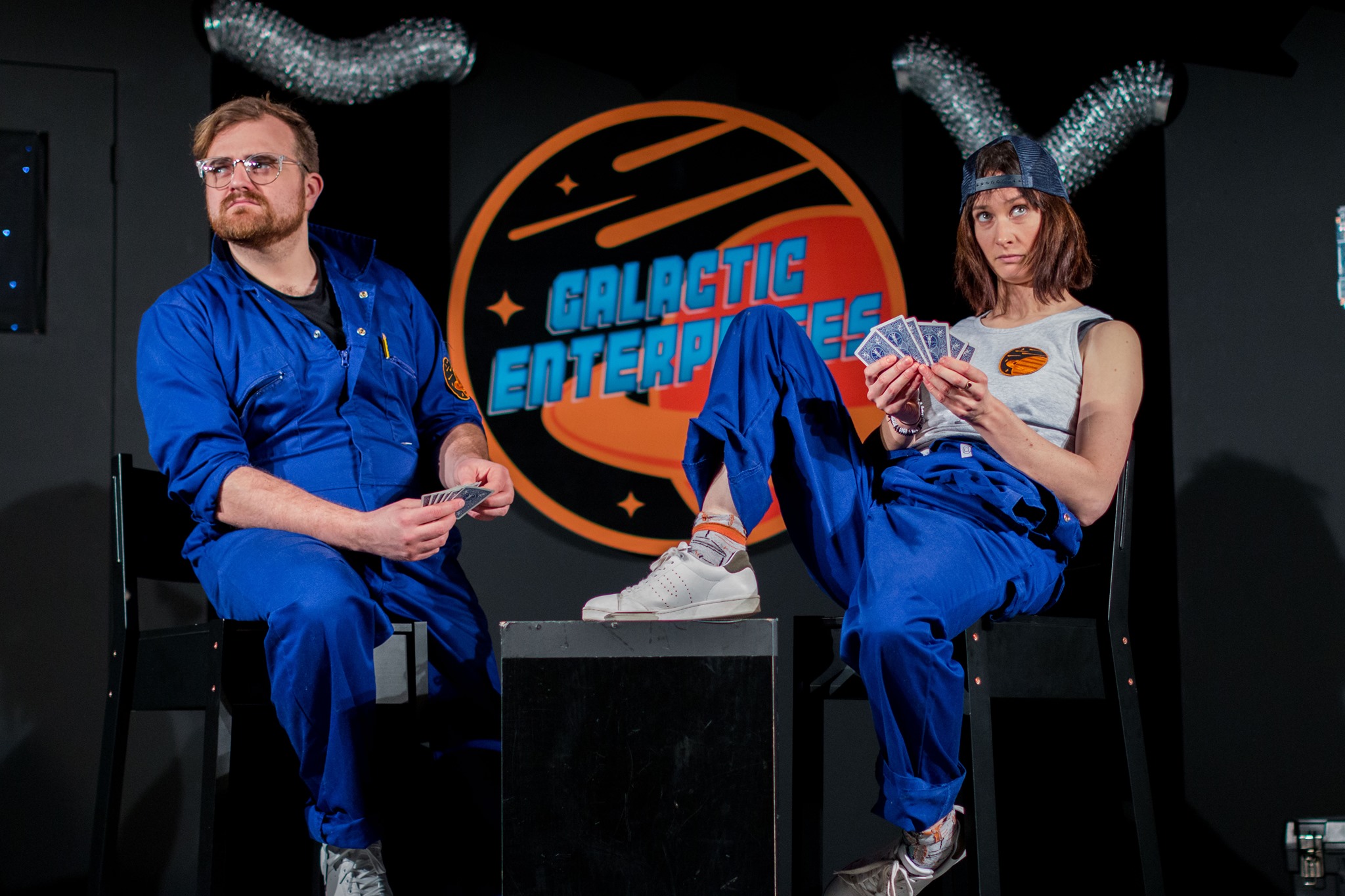 Cornwall-based company, ‘Owdyado Theatre are set to return to the stage in Autumn 2021 with their eagerly awaited, Twisted Tales Vol. 2. The second show in the anthology series of ‘Twisted Tales’ which features three brand-new scripts from Jon Welch, Brett Harvey and Charlotte Bister & Daniel Richards.

Deep in space the crew of the Fortuna are searching for extra-terrestrial life but the ship is malfunctioning, the crew are beginning to show signs of a strange infection and time is running out…

As acclaimed sci-fi author Edward R Matherson lays on his death bed, a bloody battle of wits is taking place in his kitchen over the secret of the universe…

Jamie’s life is in turnaround. He’s lost his job, he’s desperate for love and his only companion is a malfunctioning Alexa unit. She’s supposed to make his life easier. But the question is – who is serving whom?

The 3 short plays in Twisted Tales Vol. 2 will take you on a journey through time and space, where kidnapping, torture, the infinity of the universe, and copious amounts of tea are all intertwined in 3 thrilling, curious and intriguing stories: Little Green Banknotes, Happiness and The Lost Code of Eryx.

Twisted Tales Vol. 2 promises to bring you more of the anarchic, riotous, darkly comic tales that will take audiences on the quest for humanity and a desperate search for meaning. Hall For Cornwall’s Resident Company ‘Owdyado Theatre will have you laughing, crying and gasping for more!

“The show was utterly fantastic. Superb performances and very clever, creepy and humorous writing. We will certainly be looking out for future tours and telling everyone we know they must come along too…” Twisted Tales Vol. 1 Audience Member, Theatre Royal Dumfries

Twisted Tales Vol. 2 is ‘Owdyado Theatre’s sixth show and will be touring across the country in 2021 supported by funding from FEAST and Arts Council England.

The show is touring in Scotland in Oct 2021, visiting Theatre Royal, Dumfries on the 13th of Oct.

Scotland’s oldest theatre, built in 1792 and refurbished in 2015, has the perfect set up for both live and streamed performances, with two theatres – one a fully equipped dance studio, meeting rooms, rehearsal rooms, a huge range of costumes and props for hire, and a fully licensed bar.

After a tumultuous year for the performing arts industry alongside many other venues within the region, they are delighted to be welcoming back live performances and experiencing the hustle and bustle of rehearsals again.

For more information on the show and the 2021 Autumn/Winter programme for the Theatre Royal, visit: www.theatreroyaldumfries.co.uk