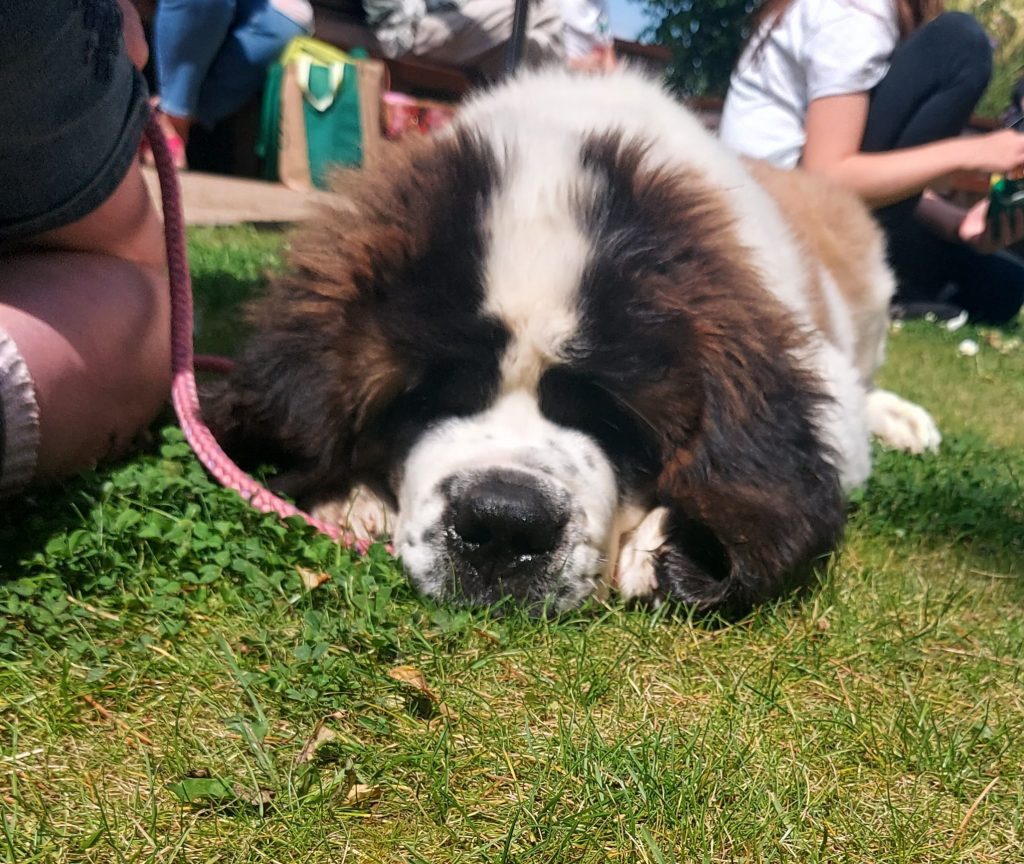 There was a treat for young visitors to Moat Brae, Scotland’s National Centre for Children’s Literature and Storytelling, in Dumfries, Southwest Scotland, last week when a very special guest popped in to join story time.

Julia, a 12-week-old St Bernard pup, is a direct descendant of Alchazandis Joalah, who appeared in the film premiere of Peter Pan with Jason Isaac, Olivia Williams, Rachel Hurd-Wood, Jeremey Sumpter and Lynn Redgrave in 2003. Both dogs were bred by Dumfries local Briony Lazarides of ‘Train My Puppy’, Dumfries. Briony is a highly qualified dog training professional and Julia was a credit to her owner’s abilities, impressing visitors young and old with her impeccable conduct on site in the busy visitor attraction.

“Nana is one of the most famous dogs in literature, serving as nursemaid to the Darling children, and we celebrate her in our Darling Nursery here at Moat Brae, where a special kennel passageway lets young visitors ‘magically’ move between rooms. It was a real treat to meet Julia and she certainly gave visitors an excuse to ‘paws’ for a moment to reconnect with one of the best-loved characters from ‘Peter Pan’.”

Nana’s breed has been a subject of debate since Peter Pan first appeared on stage in 1904. While most people imagine Nana as a St Bernard, the first actor to play the dog, Arthur Lupino, spent hours studying a different breed entirely. Lupino based his performance on ‘Luath’, a Newfoundland owned by Barrie at the time the play was produced. When the idea of Peter Pan first came to Barrie, however, his dog was a St Bernard called Porthos, and it was as a St Bernard that Disney imagined Nana in the famous animated version of the story.

Moat Brae is open throughout the summer holidays for a fun family day out with storytelling sessions and workshops every day, the Neverland Discovery Garden, café and gift shop, as well as the Enchanted Journeys: Adventures in Storytelling exhibition by Studio MinaLima which further celebrates the story of Peter Pan and his friends, the Darling children.