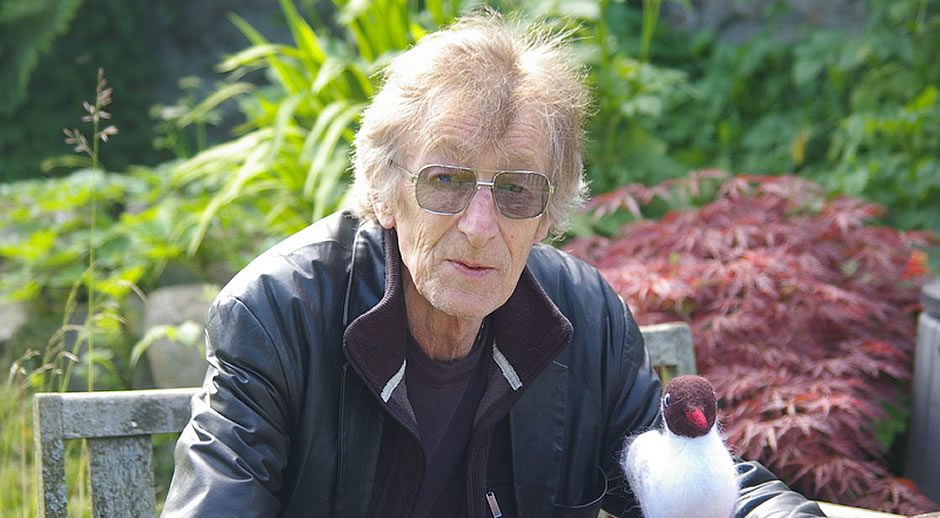 To the legion of 2000AD and Batman fans out there, comic book legend Alan Grant needs no introduction. For over thirty years he has brought us some of the definitive stories of our best-loved superheroes, from Judge Dredd and Judge Anderson to Lobo, The Demon and the Dark Knight himself. 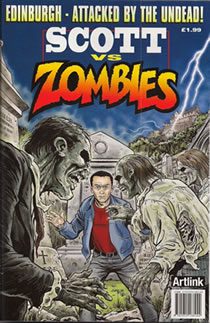 Brought up in Newtongrange in the Lothians, Alan, along with his parents and two brothers, holidayed all over Scotland in their VW Camper van. One of Alan’s favourite destinations was the village of High Tae, and it was these childhood memories of Dumfries and Galloway that led him to house-hunt in the region when moving back to Scotland in the nineties.

Alan and his wife sue chose an Arts and Crafts mansion in the beautiful village of Moniaive, which was their beloved home for 15 years before moving to a smaller house in the village itself. Moniaive was their base for exploring the rest of the region. Alan has travelled all over the world for his job, appearing as the guest of honour at many Comic Conventions from Calgary Expo to San Diego Comic Con. Even so, he says his favourite place in the whole world is Tynron Doon – a flat-topped hill a couple of miles from his door! Although he has often taken his grandchildren up there for picnics, he has also spent the night at the top looking for the legendary Headless Horseman!

Alan has also had a Big Cat sighting near St John’s Town of Dalry. Myths and legends, whether local or global, have always fascinated him, and he often incorporates these into his writing – whether it’s the acclaimed Judge Anderson – Shamballa series for 2000AD or The Punisher – Blood on the Moors – a graphic novel set in Scotland. He even found Bruce Wayne’s Scottish roots in Batman: Scottish Connection.

Alan has just completed a new Judge Anderson series for The Megazine. He also recently helped a young autistic fan fulfil a dream by making him the hero of his very own comic – Scott vs. the Zombies, set in Edinburgh and funded by Artlink Scotland. Another project in the pipeline concerns Canada’s Part in World War I for Renegade Comics, following on from his successful ‘The Loxley’s and the War of 1812’. He has also begun work on an internet comic about transgenics, and for adult readers ‘Tales of the Buddah Before he Got Enlightened’ with artist Jon Haward has just been serialised in Heavy Metal Magazine.

It shows how versatile Alan is as a writer, that he has just had his first book for children published – The Quite Big Rock – illustrated by his daughter, and published in Dumfries & Galloway by Curly Tale Books Ltd. A second book is on the way, with lots of ideas for future projects together. With all these projects, not to mention invites to Comic Conventions in Canada, Glasgow, Edinburgh, Mexico and Poland in 2014; and four grandchildren; life is certainly isn’t dull!