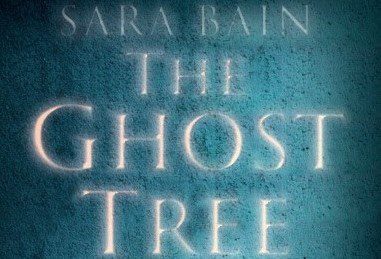 A 17th century haunting in Auchencairn sets the scene for the second novel of Thornhill author Sara Bain.

The Ghost Tree, published by Urbane Publications on 1 October, is a contemporary paranormal mystery set in Dumfries and Galloway.

The story is loosely based on the “true account” of the Mackie, poltergeist which haunted a stonemason and his family for a few months in 1695.

The account was recorded in writing by the minister who performed the two-week-long exorcism, Alexander Telfair. His findings were signed by 14 members of the clergy and community of the parish of Rerrick before it was published in December of that year.

Sara said: “I came across the tale of the Rerrick Parish Poltergeist when researching a series of ghost stories from the region for a running feature in the local paper.

“The chilling account of events that took place for a few months in 1695 to stone mason Andrew MacKie and his family at a steading near Auchencairn, have haunted me for over a decade.

“Telfair’s publication provides compelling documentary evidence of one of the only incidences of paranormal activity ever to be officially recorded.

“Of course, hundreds of years have passed since the Mackie poltergeist went to rest. The buildings were demolished and the land is privately owned. There are still a few stories of ghostly activity occurring in neighbouring houses but, for now at least, the infamous poltergeist has remained within its realm of the dead.

“When I interviewed a few of the locals over ten years ago, I was told of the legend of the Ghost Trees, all that is currently left of the original plantation. There were apparently three of them in living memory but only one now stands. Folk lore has it that, when the last of the Ghost Trees die, the Rerrick Parish Poltergeist will return.”

The Ghost Tree can be described as a paranormal mystery/romance set in a fictitious house on the former subjects of the Ringcroft of Stocking. It follows the misfortunes of a Sutherland man who has bought the house and is plunged into a living nightmare when he realises he has a supernatural lodger hell-bent on making his life a misery.
Sara explained: “I always wondered what would happen if the last Ghost Tree died and the Mackie poltergeist decided to return. My research has taken me to some very interesting conclusions.

“I have based the story in a contemporary setting and, although placed the characters in the right geographical location, there is no such place as The Ring steading, the characters are purely fictitious and, so far as I am aware, the last of the Ghost Trees is very much alive and well.” 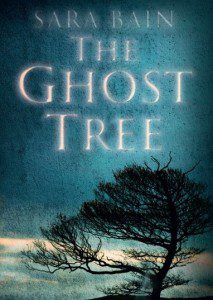 The Ghost Tree is her second novel. The first, The Sleeping Warrior, was published in December 2013 and has received high praise from reviewers.

The official launch of The Ghost Tree will be held at Dumfries’ Ewart Library on the evening of Thursday, 1 October where everyone is invited to come along for a glass of wine and hear all about Sara’s latest works. Giancarlo Rinaldi of the BBC will introduce the book and the author before a short question and answer session and signing. The event takes place from 7pm to 8pm.

On Saturday, 3 October, Sara will be at Waterstones, Dumfries, at a free meet and greet event where she will be signing copies from 2pm to 4pm.

The events are free and everyone should be made most welcome.