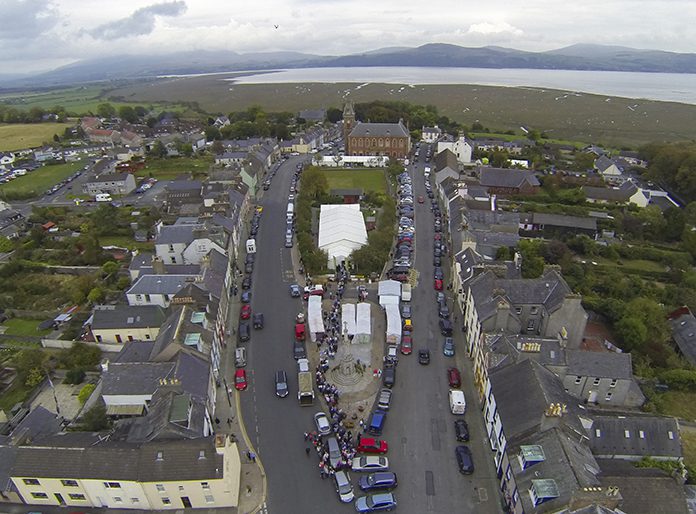 Wigtown Festival Company (WFC) has welcomed two distinguished new trustees to its board.

The organisation makes a highly significant contribution to the community, culture and economy of Dumfries and Galloway – and the whole of Scotland.

It best known for the annual Wigtown Book Festival but also runs an ever-growing programme of events year-round, including the Big Bang science festival and the Big DoG family book festival (which is normally staged in Dumfries).

It is also being supported by EventScotland to run a whole series of projects for Scotland’s Year of Stories 2022.

The new board members are arts and cultural activist and consultant Cathy Agnew and the writer and commentator Gerry Hassan.

Sandra Mcdowall, WFC Chair, welcomed the new appointments saying: “This is an enormously important moment in the history of Wigtown Festival Company as we look to the future – and how to recover from the impact of the ongoing pandemic.

“We are very fortunate to have two new trustees of such a high calibre joining us and I am sure they will make a tremendous contribution to ensuring that WFC thrives and continues to increase the number and range of events and activities it runs.”

Cathy is well-known for her role in founding the CatStrand arts and visitor centre, in New Galloway, and the Moat Brae national centre for children’s literature and storytelling and as the long-serving chair of DGU, an independent charity that champions and supports the arts.

Earlier this year she headed the region’s hugely successful arts contribution to the Royal Highland Showcase, which included the creation of Kelton the one-tonne wicker Beltie bull, which later toured Dumfries and Galloway and was a centrepiece of Wigtown Book Festival.

Cathy said: “Having been involved with WFC for a number of years, but very much from the sidelines, I’m delighted to be joining the team in a more formal and strategic role.

“What’s exciting to me is not just the annual book festival, but the huge amount of other activities that take place throughout the year which bring an energy and vibrancy both to the local community and the whole of the region.

“All things being well, Kelton is hoping to make a return appearance at next year’s book festival.”

Gerry Hassan is a Professor of Social Change at Glasgow Caledonian University, has written and edited 30 books addressing the major political, constitutional and social issues of our time, as well as social change and how we think of the future – at a regional, national and international level.

Gerry said: “It is great to become a member of the board of Wigtown Festival Company: a pioneering organisation about books and ideas, discussion and participation.

“In the coming years I look forward to the festival putting Wigtown and Dumfries and Galloway even more on the map as a place where interesting ideas, exchanges and connections happen – and people from across the world want to come to it and be associated with.”

The new appointments are part of a continuing process that will see the WFC board increase in size and diversity.