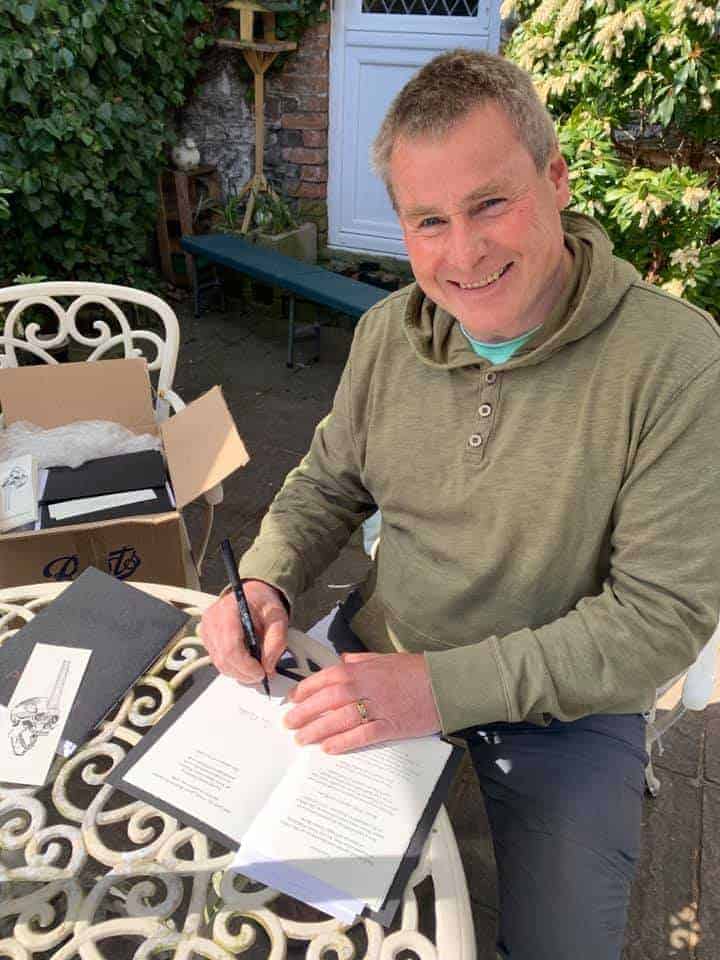 A first venture combining the skills of a poet, publisher and printer has produced a book that has been described as “must have collection of poetry and art.”

The poetry chapbook Daily Bread features the work of Galloway’s award-winning writer Des Dillon and it has been published in a limited-edition analogue printed format by Second Sands Publishing working with Wigtown Press.

Publisher Jayne Baldwin, who owns Foggie Toddle Books in Wigtown, acquired the Second Sands publishing imprint last year and she approached Garlieston based writer Des Dillon with the idea of publishing some of his work.

“I’d seen some of Des’s poems on social media and had become quite a fan. We agreed to work together on a collection. I then suggested we publish a small number of the poems in a chapbook before the main collection and discovered that Des had spent lockdown working on his art skills. As the project progressed, I knew I wanted to make this something very special and I talked to Helen Morley of Wigtown Press. Helen restored a Victorian printing press to produce her own art and writing, but this would be the first time she’d taken a commission. It all came together beautifully and I’m very excited about what we’ve produced together,” Jayne explained.

Des has been one of Scotland’s leading writers for more than 25 years with his novel ‘Me and Ma Gal’ listed as one of The 100 Greatest Ever Scottish Books. He has a broad ranging back catalogue of plays, novels and short story collections along with periods as a film and television scriptwriter.

Des said: “This chapbook has surpassed all expectations. Second Sands publishing have produced an object that is a work of art in itself. Artist, Helen Morley, has put together a thing of wonder and beauty. Of all my books Daily Bread has been the most rewarding to work on, not least because I took a leap of faith and agreed to illustrate the collection myself. Gulp!”

He explained that at the beginning of lockdown in March last year he decided to teach himself to draw and paint. This was something he had been good at as a boy but “puberty, Buckfast and West of Scotland’s fists of steel, soon put a stop that.” “But the making of Daily Bread has had the effect of sending me off in another direction, the irony is that I haven’t written a thing for over a year because I’ve been so caught up in art. All of these poems and drawings have been created in Galloway and often about Galloway. Twenty-one years living with Galloway’s seascapes and landscapes has nudged some Coatbridge steel aside and made its own special place inside of me,” he added.

The chapbook has been created with moveable metal type and photopolymer engravings of the illustrations, on specialist Zerkall paper. Each copy of the chapbook went through the printer 2500 times. Artist and printer Helen Morley said: “It has been a real pleasure to be commissioned by Jayne Baldwin of Second Sands to print the chapbook of poems and art by Des Dillon. I am very inspired by the way the small businesses and artists of Wigtown have been supporting each other during this difficult year and it is very exciting to be learning new skills as part of this creative collaboration.’

The collection includes nine poems and six illustrations and has been produced in a signed and numbered edition of just 100 copies. Dr Linda Jackson of the University of Strathclyde described Daily Bread as a “small collection, vast in its impact.

“This is a must have collection of poetry and art by someone who has the keen eye of the hunter and the bountiful heart of a lion. It is time to get yourself this book and prepare yourself for ‘Make Me Music’ an unforgettable read, like everything else in the book.” 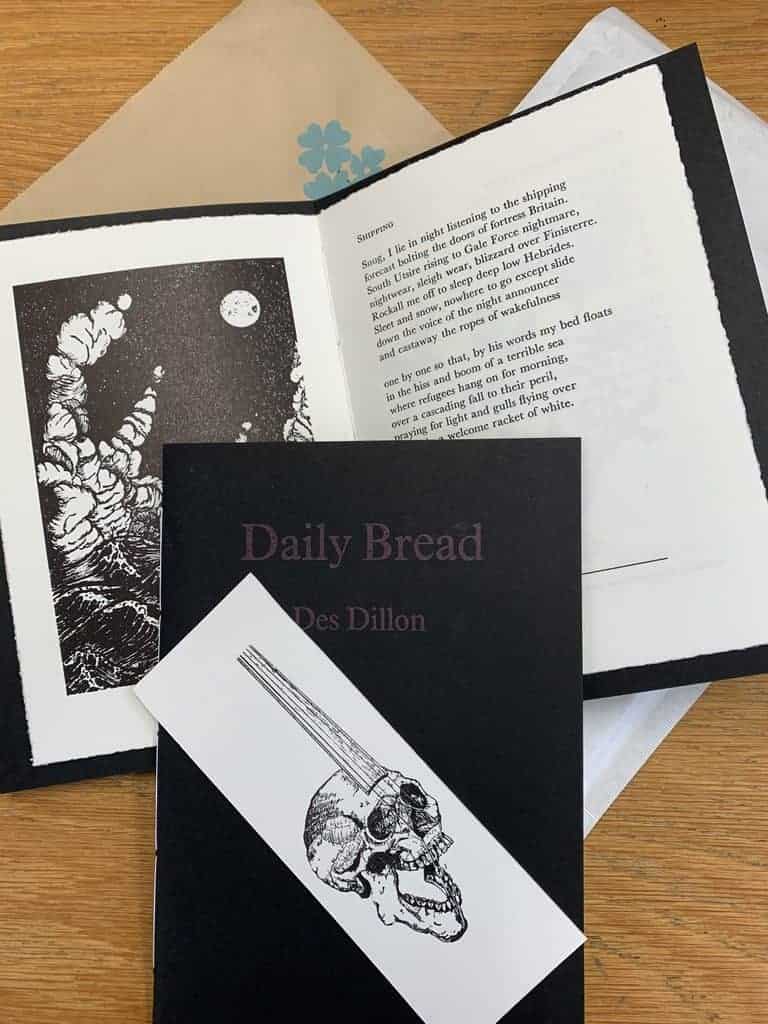