SLOW DUMFRIES AND GALLOWAY , A WONDERFUL WAY TO WRITE A BOOK , BY DONALD GREIG 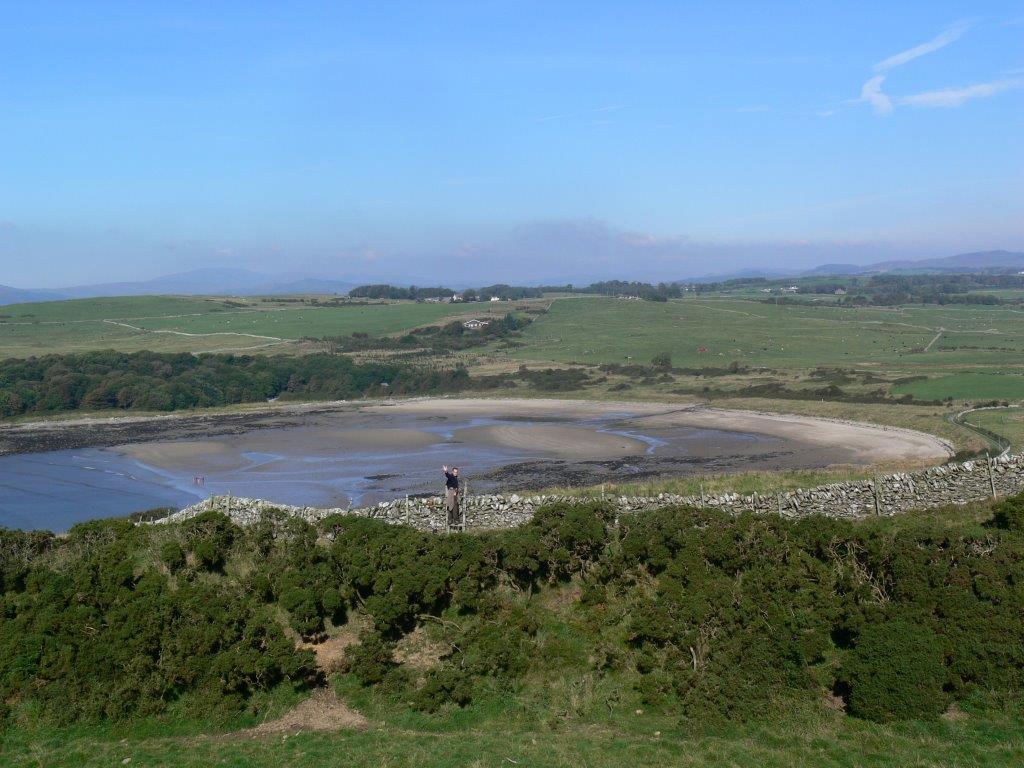 In 1972 my parents moved back to Scotland from Northumberland. Although it was only a short hop over the border, their journey had been a long one that started in 1958 with my mother setting of from her home town of Kinross to sail for Montreal from Greenock, and my father sailing from his home city of Sydney for Vancouver. Along the way they met by chance in Winnipeg, travelled together for a while, married in Scotland, moved to Australia, returned to live in London, from where the lure of the north brought them to Northumberland, and thence to Glasgow where my father, a civil engineer, was involved in the building of the Motherwell bypass.

Despite their globe-trotting ways, once my sister and I were on the scene foreign holidays were more than a young engineer’s salary could withstand and so travels in Scotland became the norm. My mother was already familiar with much of her home country, not least Dumfries and Galloway where she had enjoyed a cycling youth hostelling holiday at the age of 18. Southern Scotland was an area known to her also through her ancestry. Her family on her mother’s side could trace their roots and connections to Ettrick and Yarrow in the Borders, and also to Moffat and Newton Wamphray in Dumfries and Galloway. For my father, an Australian exploring what all Australians at that time still considered the homeland, Scotland was a place yet to be fully discovered. He and my mother had spent their honeymoon camping, working their way up the east coast, across the top and down the west, with an occasional night in a B&B thrown in when the need for a bath overcame the need to conserve cash.

Such was the background to my first visit to Dumfries and Galloway at the age of five weeks. My parents were still living in Northumberland and southwest Scotland was a manageable distance in their much-loved VW Beetle. To Gatehouse we came, where we followed in Dorothy Sayers’ footsteps and stayed in what was then the Anwoth Hotel (now the Ship Inn) for a week which turned out to be less relaxing than planned as my mother fell ill for several days and my father was left to entertain my four year old sister and a five-week old baby. Trips in the car were always to be relied on as the motion would lull me to sleep, leaving just one child to keep amused. Perhaps inspired by the hotel, we visited Anwoth itself where, having left me sound asleep in the car, my father perched my sister on a wall to take a photograph. She lost her balance, fell into the field on the other side and had to be rescued from amongst the pigs. No harm done, but thus was born a family tale that has endured the passing of the decades.

In the years that followed we enjoyed repeated visits to the Gatehouse area, staying on several occasions with a family called Wanless who at the time had the farm at Culreoch. Some of my earliest memories are of sunny days spent in the fields here and of springtime bluebells in Carstramon Wood. From Gatehouse we ventured south to Kirkcudbright, where in 1973 my parents bought a caravan and were given permission to put it in what had previously been the vegetable garden of The Grange, an old house out beyond Mutehill. It was a site of almost complete privacy with the most glorious view straight down the Solway. Here were spent long holidays at all times of the year, carefree days indeed.

And in that vein holidays would have continued had my father’s work not intervened, for at the end of 1974 we moved to Asia, marking the start of an expatriate life that took in periods in Hong Kong, Malaysia, Bahrain and India, and included for my parents everything from earthquakes to plane crashes before they finally retired to northeast Fife, where they live today. But throughout such adventures, and despite travels to and holidays in all manner of exotic places, Dumfries and Galloway has always been indelibly part of my psyche. Those early days clearly ingrained themselves in an impressionable young lad. And for my parents and sister, too, those holidays at Gatehouse and Kirkcudbright are recalled with great fondness.

Fast forward 40 years and 2013 finds me running a travel publishing company in Buckinghamshire. I have travelled extensively, lived in a host of places across England and had a period in Australia, but it is Scotland which is on my mind and so to Scotland we move, to Moffat, on a very wet Friday 13 December. Of all the places I could have returned to, Dumfries and Galloway is where I wanted to be. I have been back for several visits in recent years and it is still a place unto itself. I have rediscovered old haunts at Rockliffe, Gatehouse, Castle Douglas and, of course, Kirkcudbright. And I have explored areas previously visited but long forgotten in the Glenkens and the Moffat Hills. Since moving here we have spent time on The Rhins, too, and at Newton Stewart, and we have enjoyed a glorious week in the cottage on the beach at Brighouse Bay. We have attended the book fair at Wigtown, visited the Samye-Ling cafe frequently for tea and cake, taken part in a silver-making workshop at The Mustard Gallery in Langholm, and we have indulged in a weekend of gallery and studio-hopping during the Spring Fling. We have also made new friends, from The Rhins to Eskdale, and we delight in the fact that here is somewhere that strangers still say good morning to you when you wander down the street. The sheer diversity, beauty and warm welcome of the area thrill us.

Hardly any surprise then that I feel compelled to propose to my fellow directors at Bradt Travel Guides that we should publish a guidebook to Dumfries and Galloway. And what’s more, that Darren Flint and I should research and write it. Our guide, which is part of the Bradt Slow Travel series, aims to burrow beneath the surface of this special area and encourage visitors to slow down and get to know it in depth. It will be published in spring 2015 and more details can be found at www.slowbritain.co.uk

I am lucky, my colleagues support me in this venture, and so we find ourselves now cramming in research and writing around our day jobs. I continue to run Bradt and have come to know the timetable of the West Coast mainline service inside out, and Darren has recently been appointed as Project Officer at Castle Loch Lochmaben Community Trust. We are busy. But we are also very, very happy to be here.

Slow Britain – Dumfries and Galloway is running a photography competition and would love to receive entries from local photographers across the region. They are looking for images to be included inside the guide and also for a shot to go on the front cover. A free copy of the guide and full credit is on offer to any photographer whose work is included in the guide, and there is a prize of £100, free guide and invitation to the Dumfries and Galloway launch of the guide for the photographer whose image is selected for the front cover. Full details of the competition, including terms and conditions, can be found at www.slowbritain.co.uk under the drop down menu on the ‘Participation’ button. The closing date is midnight on Saturday 31 May 2014.

Please do read the entry requirements for acceptable file size, and also the guidelines on what is required for the front cover image. Examples of front cover images on other titles in the Bradt Slow Guide series can be seen on the Slow Britain website under ‘Other Titles’ (photographic jackets, not illustrated ones).