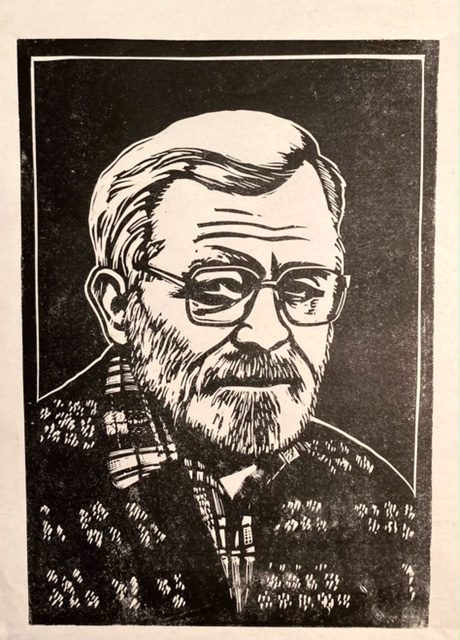 Wigtown Book Festival will help celebrate the centenary of Willie Neill, regarded by his admirers as southern Scotland’s finest poet since Rabbie Burns.

Two well-known contemporary poets from the region, Hugh McMillan and Stuart Paterson, are guests at this year’s 10-day event, where they will discuss the The Leaves of the Years – an anthology of writing inspired by Neill’s words, which they commissioned and edited.

McMillan and Paterson believe it is, to date, the only publication to mark his centenary.

Neill, a proud champion of Scotland’s three indigenous languages (learning Gaelic and winning the Bardic Crown at the 1969 National Mod) said: “I couldna see hou I culd possibly be a Scotsman an no ken Gaelic.”

Despite the outstanding quality of his work, his deep love of Scotland, its culture and languages he remains relatively unknown – something McMillan and Paterson would love to change.

McMillan said: “Neill lived most of his life in rural Galloway and it was an area he loved. He is the poetic soul of Galloway, his poetry ranging through its history, peoples and languages. He was the region’s finest poet since Burns.

“All his life he took the side of the disenfranchised, and his targets were the establishment, whether Edinburgh critics or Galloway landlords. He saw his writing as standing up for the small tongues against the big mouths.

“He was almost unique in writing fluently in the three languages of Scotland, English, Gaelic and Scots. Despite all his qualities he has been sadly neglected. Perhaps his output in all three languages made him hard to pigeonhole.”

A strident independent nationalist, Neill saw the protection of Scotland’s languages as a cultural and political imperative.

His poetry ranged far and wide, from translations of Horace and Homer to eviscerations of the cult of Burns. Being thrawn and occasionally difficult, he ruffled a lot of feathers.

Neill (1922-2010), was a founding figures of the Heretics, a literary group set up in Edinburgh in opposition to the Arts Council supported elites of the day. His visits to the group and to Edinburgh usually resulted in much flyting and drinking.

But many remember him with affection for his kindness.

McMillan said: “As a younger poet in Dumfries I knew little of his times in the big city. To me he was the father of Dumfries and Galloway literature and a man who generously gave his advice and support away to beginners like myself.”

Another reason why Neill has remained a lesser-known figure was his conviction that it should be possible for a poet to write in a rural setting, using local publishers, and still get recognition.

As a result a lot of his output was in locally produced booklets, pamphlets and chapbooks, and was ignored by reviewers although his selected poems were published by Canongate in 1994.

While pouring contempt on the need to go to the big city to network, Neill was aware of the disadvantages of the local, satirising himself.

But here in the spuds and pumkins

may write whatever he will;

the Laureate of the Bumkins

in Parnassus -under- the -Hill.

Wigtown Book Festival has a vibrant programme of more than 200 events for its annual 10-day annual celebration of all things literary in Scotland’s National Book Town.

This year’s festival (from 23 September to 2 October) is supported by EventScotland as part of Scotland’s Year of Stories 2022. Among the guests will be: