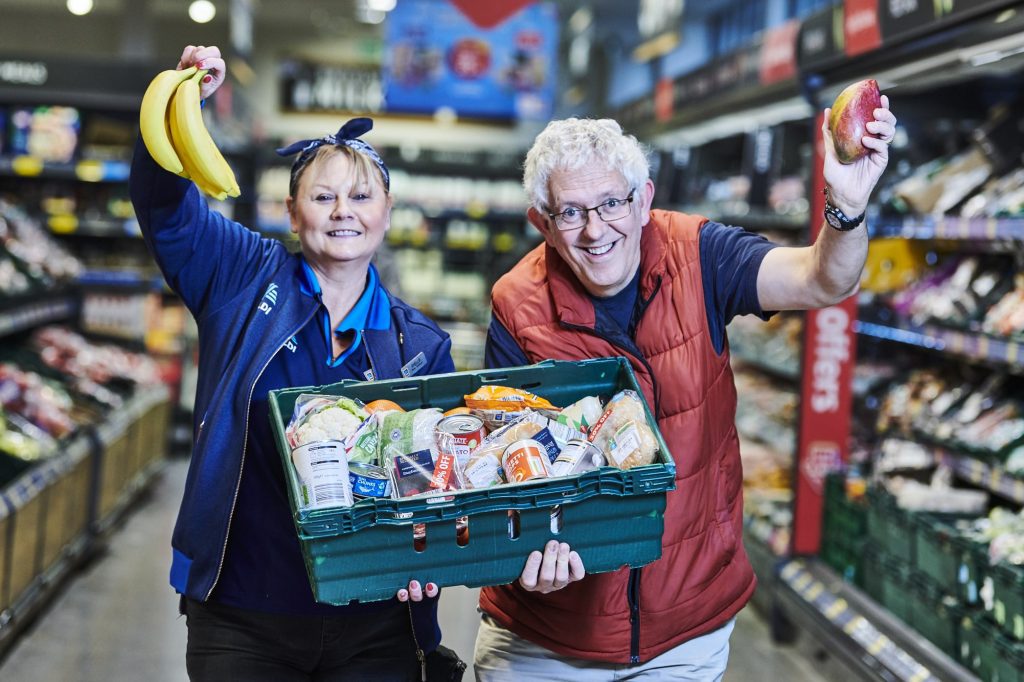 The supermarket paired its stores up with local charities, community groups and food banks to donate surplus food, making the most of unsold fresh and chilled food throughout the Easter period.

Around 105 tonnes of food were donated throughout the UK, with more than 187,000 meals going to causes focused on supporting families and children.

The donations followed research from Aldi and community-giving platform Neighbourly which found that 98% of food banks in Scotland have seen demand soar since the start of the year.

Neighbourly recently polled more than 700 food banks and community causes nationwide and found that an estimated 30% of people using these services in Scotland in recent months have been new to the food banks.

On average, food banks in the region reported an average rise in demand of around 28% for their services so far this year, with expectations of further increases of around 29% in the next three months as higher energy bills and an increase in national insurance contributions add to the pressure.

Liz Fox, Corporate Responsibility Director at Aldi UK, said: “The school holidays can be a busy time for the local charities and organisations we support, but, especially in the current climate, food banks are experiencing even greater demand than usual.

“We’re proud to support so many good causes in Dumfries & Galloway, helping them to provide meals to those in need over the recent school holidays.”

Steve Butterworth, from Neighbourly, added: “The findings of our latest survey highlight that the cost-of-living crisis is clearly deepening, with families and households up and down the country really starting to feel the pinch and turning to charities and local causes for support as a result.

“During what is a hard time for everyone, anything people can do to give back in the coming weeks will make all the difference.”

Aldi has community donation points in stores nationwide to help those in need, and is encouraging customers to help in any way they can. According to its poll with Neighbourly, products that are most in demand at local community groups include tinned food, tea and coffee, UHT milk, toiletries, and household cleaning products.