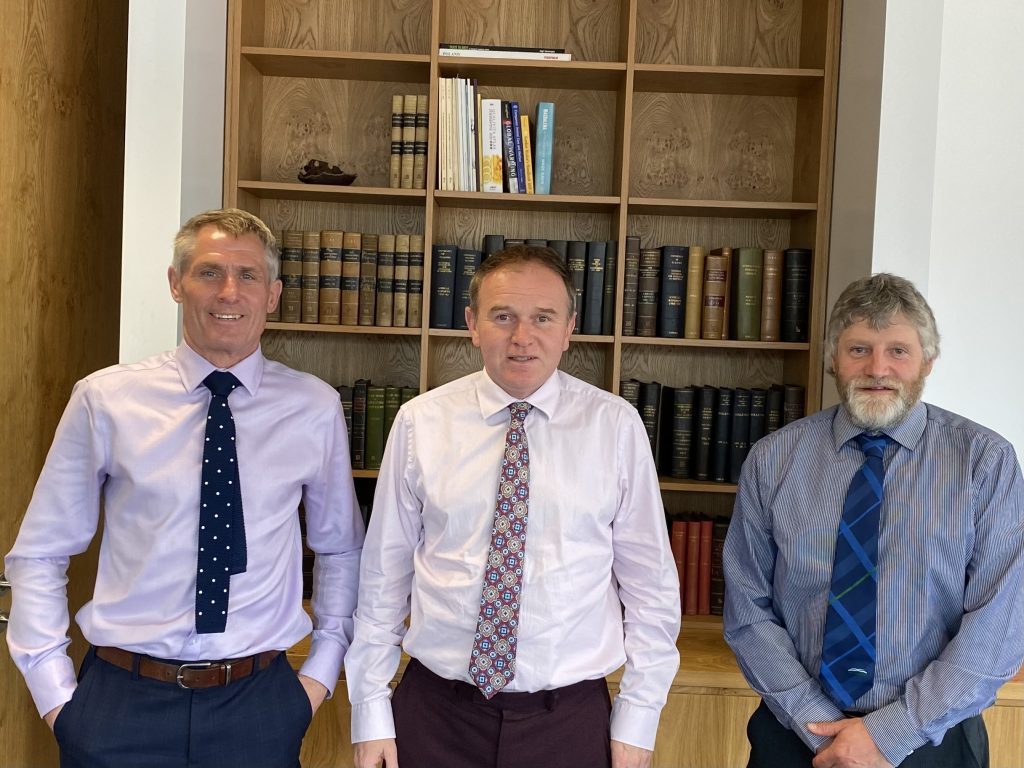 Future funding, the food security crisis and soaring costs were top of the agenda when NFU Scotland’s President Martin Kennedy and Director of Policy Jonnie Hall met with Secretary of State for Environment, Food and Rural Affairs George Eustice in Westminster yesterday (Monday 9 May).

Given the huge spike in costs and threat to food security, the Union believes a significant and increasingly important factor in the viability and confidence of Scottish agriculture is support budgets beyond 2024/25.

As a priority, NFU Scotland is seeking the continuity of Scotland’s current agricultural and rural funding from UK Government (HM Treasury) beyond 2024/25 and calling on Scottish Government to ring fence that funding to support active farming and crofting through Scotland’s future agricultural policy, currently under development.

On funding, Scottish agriculture currently receives around £637 million in total – of which £485 million is delivered through Pillar One (direct support) schemes such as the Basic Payment Scheme and Greening. The remaining funding is delivered through Less Favoured Area support, Agri-Environment schemes, Agricultural Transformation and the Bew Review uplift.  Of the £637 million, £620 million is currently from HM Treasury.

Speaking after the meeting, NFU Scotland President Martin Kennedy said: “Scotland is in transition away from the CAP to a significantly different and new support framework from 2025 onwards, one that must deliver in terms of food security, climate goals, nature restoration, the wider rural economy and all the jobs that supports.

“While the direction of policy in Scotland is emerging, a bigger unknown and risk is the funding that it will have.  There is a degree of certainty about funding and budgets in the short to medium term but the fundamental issue we raised with the Secretary of State is what happens beyond 2024/25.

“Profitability on a great many Scottish farms and crofts is reliant on the support they receive and given the unprecedented increases in costs for fertiliser, fuel, animal feed, labour and energy seen this year, the need for certainty on future funding to provide confidence has never been greater.

“Scotland’s farmers and crofters have a proven track record in delivering a return on investment from public expenditure.  A fully funded, future support system that rewards active agricultural businesses will deliver the desired economic, environmental and social outcomes relating to food, climate, biodiversity, jobs and people.”