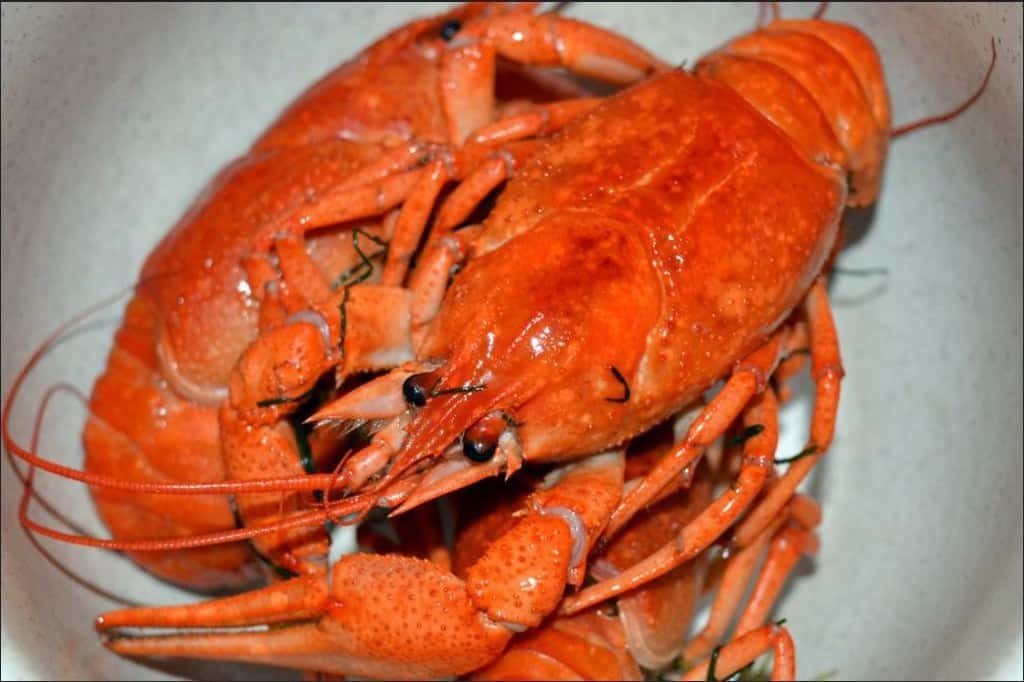 Campaigners gathered outside the House of Lords today as Peers put forward amendments to the Animal Welfare Bill to recognise that crabs and lobsters can feel pain. The move could see these animals given new legal protections, and means that restaurants and fishmongers could be banned from boiling crabs alive or sending live lobsters through the post.

The Animal Sentience Bill was introduced by the government on May 11th as part of a raft of animal welfare reforms. It replaces EU legislation which legally recognised that animals can feel pain and experience emotions.

The UK Animal Sentience Bill currently only applies to “vertebrate” animals – animals with a backbone. However, Crustacean Compassion, whose supporters include Chris Packham, Bill Bailey, the RSPCA and the British Veterinary Association, argue that the Bill does not go far enough. Scientific evidence shows that decapod crustaceans, a group which includes crabs and lobsters, can feel pain and suffer and should be included in animal welfare legislation. The amendment also requests that cephalopods, which includes octopus and squid, are also protected by the Bill. In 2020, in response to pressure from animal welfare campaigners, the government commissioned an independent scientific review of the evidence for the sentience of decapod crustaceans and cephalopod molluscs. However, they have given no release date for the report despite repeated Parliamentary and House of Lords requests.

Whilst other countries such as Switzerland, Norway and New Zealand include decapod crustaceans in their animal welfare laws, decapods are not currently included in the definition of ‘animal’ in most of the UK’s animal welfare legislation. Crustacean Compassion points out that this means that they can be routinely treated as if they were no more sentient than a vegetable. Decapod crustaceans are frequently boiled and/or dismembered alive, and research shows that a brown crab may take up to three minutes to die in boiling water. Electrical stunning before slaughter, they argue, is currently the most humane method of dispatching the animals. Last year, a fishmonger came under fire for using Amazon to deliver live lobsters through the ordinary post, and a London supermarket was criticised in 2015 for selling crabs shrink-wrapped whilst still alive.

“We hope the House of Lords votes to accept this amendment at the earliest opportunity. Decapod crustaceans are Britain’s forgotten animals, widely recognised as sentient but subject to brutal treatment in the food industry. The government made a manifesto commitment to promote high standards of animal welfare, and prides itself on being led by the science. It cannot decide which animals are sentient based on political convenience, and if the independent review of decapod and cephalopod sentience is so critical to the Lords’ decision-making, we urge them not to delay its release any further”.