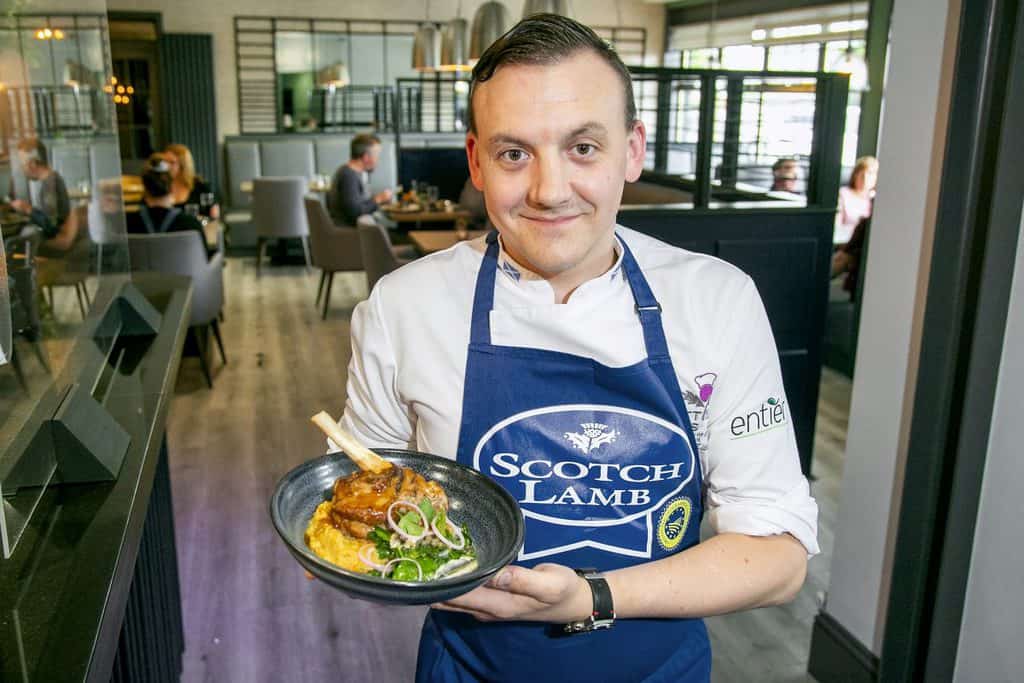 The positive credentials of one of Scotland’s most natural products, Scotch Lamb PGI, have reached over 3.8 million Scottish consumers during Love Lamb Week (1 – 7 September).

The week-long celebration focussed on highlighting the fantastic quality, taste and nutritional benefits of lamb, plus its unique role in sustainable meat production. The campaign also introduced the second phase of the successful joint QMS, HCC and AHDB ‘Make it Lamb’ campaign, which is running until 26 October.

To kick off the week, QMS launched a video bringing together representatives from across the Scotch Lamb supply chain who highlighted the many reasons why consumers should look for the Scotch Lamb logo when shopping in their butchers or supermarket.

The industry then mobilised throughout the week to celebrate all things lamb by sharing a steady stream of QMS infographics and recipe inspiration, encouraging consumers to enjoy Scotch Lamb PGI as part of a healthy, balanced diet.

Quality Meat Scotland’s consumer-facing social media platform, The Scotch Kitchen, reached over 150,000 consumers during the week with content promoting Scotch Lamb. The campaign’s page on the Scotch Kitchen website saw an influx of traffic with the assets pack being viewed over 500 times.

Instagram sensation ‘The Batch Lady’, otherwise known as Suzanne Mulholland, shared a video across her social media channels of her cooking a Scotch Lamb Dhansak with Mint Kefir and teamed up with Shaws Fine Meats in Lauder to demonstrate the different cuts of lamb available from members of the Scotch Butcher Club. Both videos were shared to her 120,000 followers.

John Torode, celebrity chef and TV personality, also created a new lamb recipe especially for the week to show his support. The dish – Crumbed Lamb Cutlets with spring onions and buttered crushed potatoes – can be viewed on his social media channels @johntorodecooks where followers can give it a go for themselves.

Lesley Cameron, Director of Marketing and Communications with QMS, said: “It was great to see members from across our industry getting involved in Love Lamb Week and I’d like to extend a special thank you to our ‘Make It’ Ambassadors for sharing our infographics and recipes on their own social media channels.

“By working together, we can make a huge difference to the number of consumers who see the positive credentials which underpin the Scotch Lamb PGI brand.”