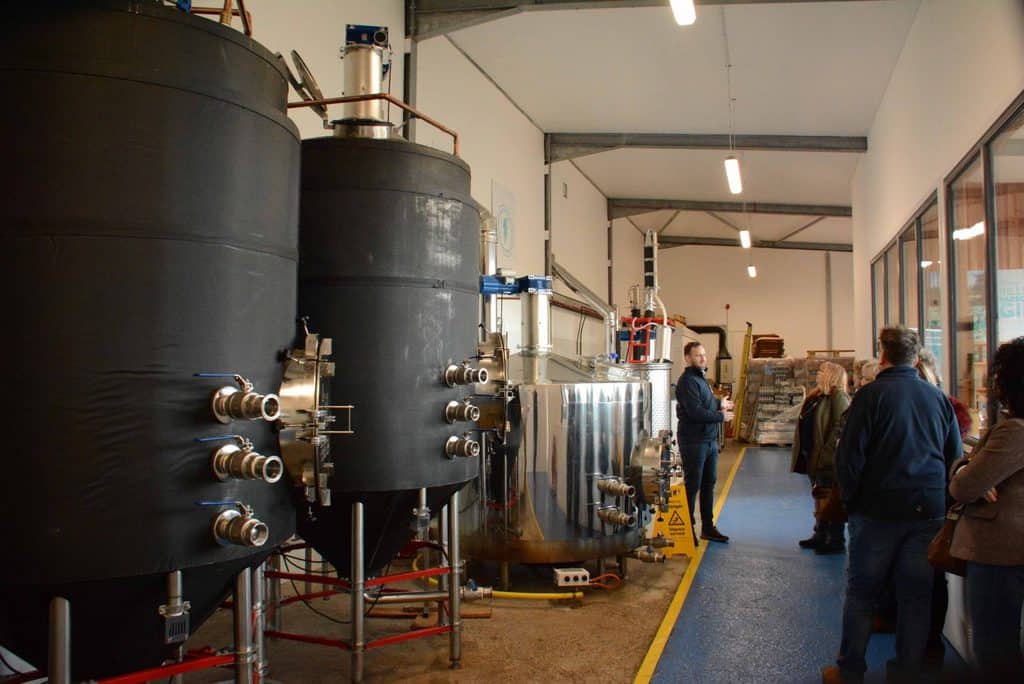 Having already received funding from a pot of more than £1 million to kick-start green innovation projects,12 distilleries across Scotland can now bid for further grants up to £3 million, totalling almost £9 million.

The grants will support successful distilleries to accelerate projects that decarbonise their production processes, which typically rely on fossil fuels, helping prevent pollution approximately equivalent to the annual carbon dioxide emissions of Stirling and commercialise their innovations.

In the first phase of funding, Scottish distilleries received up to £75,000, helping them boost decarbonisation research and development, with schemes including the use of hydrogen and biofuel boilers and geothermal energy in their production processes.

Projects that have already received funding include the Uist Distilling Company on the Isle of South Uist using low-carbon hydrogen as a heat source, Bruichladdich Distillery developing a boiler system that emits no greenhouse gases or pollutants on the isle of Islay and Orkney’s Highland Park Distillery using stored energy from green renewable sources that can be converted into heat on demand.

Scotland’s whisky distilleries are famous around the world for their innovation, and it is great to see them use this to get into the spirit of going green.

The funding announced today will support one of our most iconic industries to go further and faster in cutting their carbon emissions and build back greener – something we can all raise a toast to.

Right across Scotland, from Edinburgh to Orkney, it’s wonderful to see so many distilleries moving forward to the next stage of this competition, allowing them to bid for a share of £8.9 million UK Government funding.

This funding will support local businesses to cut carbon emissions and create sustainable jobs, helping us build back greener as we prepare to host COP26 in Scotland later this year.

In 2019, the UK distilleries industry grew by 20%, highlighting the opportunity for the sector to be at the heart of the UK’s green and resilient recovery from coronavirus.

The production of whisky directly produced around 530,000 tonnes of CO2 equivalent in 2018, with the majority of these emissions coming from the generation of heat for the distillation process. This accounts for more than 80% of the distillation industry’s fuel consumption – almost all of which is currently from fossil fuels.

The Scotch whisky industry supports 40,000 jobs across the UK, with more than 10,000 people directly employed in Scotland.

With 7,000 of these jobs in rural Scottish areas, today’s funding will drive forward support for low-carbon innovation in some geographically remote parts of the UK, creating more jobs and skills and providing opportunities for distilleries to develop their fuel transportation and storage technologies.

Funding for the Green Distilleries competition is part of the £1 billion Net Zero Innovation Portfolio which aims to accelerate the commercialisation of innovative low-carbon technologies, systems and processes in the power, buildings and industrial sectors.

The announcement is another example of Government commitment to build back greener and work towards the UK’s goal of eliminating its contribution to climate change by 2050 and comes in addition to the ambitious green targets announced in the Prime Minister’s Ten Point Plan and the Energy White Paper.