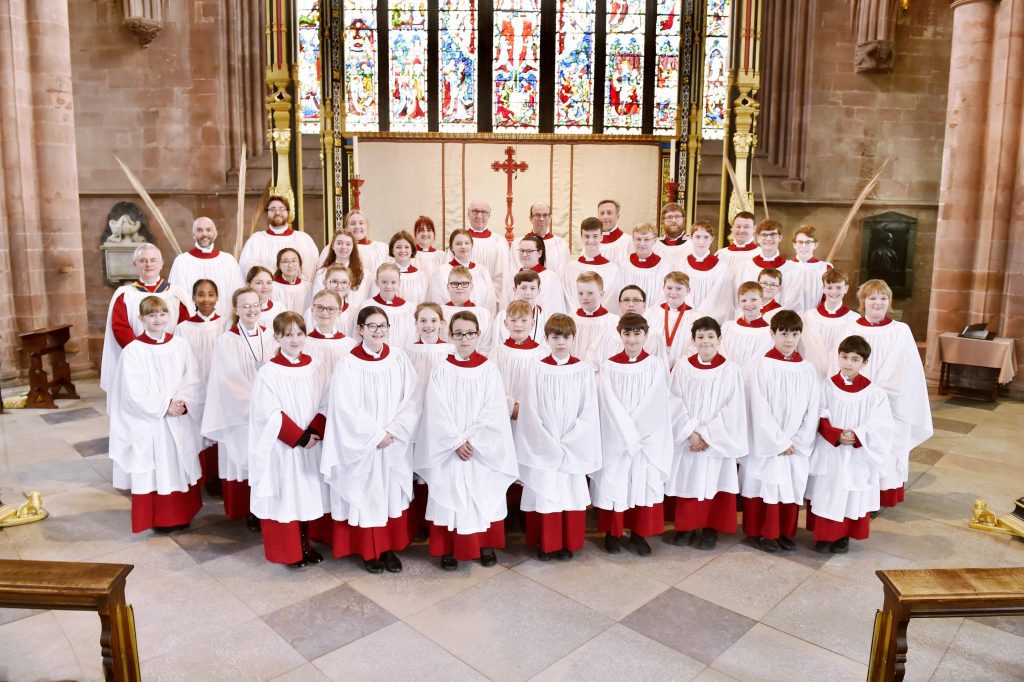 THE CATHEDRAL choirs of Newcastle, Hexham Abbey and Carlisle will come together for a special concert next month as part of the 1900th anniversary celebrations of Hadrian’s Wall.

The combined choir featuring more than 100 choristers will perform at Carlisle Cathedral on Saturday, July 9 for the Hadrian’s Wall Choral Festival.

It will be the first time the choirs have performed together since the pandemic.

The concert, which is part of Carlisle Cathedral’s six-day summer festival of music, will include works by Parry, Elgar and Stanford, sung by the massed choir, as well as individual performances from each choir.

“As part of our 900th anniversary celebrations during 2022, we felt it was important to reflect the integral role music has played in Cathedral life over the centuries and continues to do so in the present day.

“This joint concert celebrates this as well as recognising the important connection of Newcastle, Hexham and Carlisle to Hadrian’s Wall.”

The Music Festival begins on Tuesday, July 5 with Carlisle Cathedral’s Schools’ Outreach concert in which nearly 180 local schoolchildren will perform a programme of folk songs, show tunes and modern pop.The concert will also feature children aged six to 18 from the Cathedral’s Cantate Choir, who will perform alongside the three schools.

On Wednesday, July 6, the Cathedral’s Lay Clerks choir will perform an evening of summer music in the Fratry Hall, including a special programme reflecting the musical life of the Cathedral over the centuries.

The Sixteen return to Carlisle Cathedral on Friday, July 8 as part of their 2022 Choral Pilgrimage tour.

Music will be at the heart of worship on Sunday, July 10, when Carlisle Cathedral’s choirs come together to sing Haydn’s St Nicholas Mass at the morning Eucharist followed by Evensong music by Parry at 3pm.

Carlisle Cathedral’s Music Festival is one of the highlights of a busy programme of worship, events, talks, concerts and exhibitions throughout 2022 to mark the 900th anniversary of its foundation.

A major arts installation, Rest Under the Stars, will take place in the Cathedral from July 28 until September 2 when visitors will be able to relax on deckchairs and listen to specially-created soundscapes while admiring the stars on its world-famous painted ceiling.

Carlisle Cathedral was founded by King Henry I as an Augustinian Priory in 1122 and became the Cathedral Church of the newly created Diocese of Carlisle in 1133.

Many of the events in the programme are supported by grants from The National Lottery Heritage Fund and the Friends of Carlisle Cathedral.

The Hadrian’s Wall 1900 Festival celebrates the beginning of the construction of Hadrian’s Wall. The festival runs until December 23, 2022 and includes events and activities along the UNESCO World Heritage Site.

Tickets are also available to buy in person from the Cathedral Gift Shop.