In little over a month’s time the Cairndale Hotel in Dumfries will be hosting a Country Music Weekend that will be welcoming some of the Country’s top bands as well as some young up and coming country stars of the future.

The man behind COUNTRY AT THE CAIRNDALE is none other than Rab Smith of Domino Entertainments who has been instrumental in bringing a number of Country artistes to Dumfries including the likes of Kevin Montgomery, Gretchen Peters, Lucy May, Michael Logan, Elaine Lennon and many others.

Rab said…..”over the years we’ve welcomed a number of Top Country Artists to the Cairndale and it seemed like the logical next step to bring some of these artists together for a larger Weekend Festival at the Cairndale.

It’s no coincidence that we’re organising this event only weeks after C2C (Country 2 Country) and there’s a huge interest in Country music in and around Dumfries.” Headline acts over this weekend include RAINTOWN, KATEE KROSS, ZOEE, KATY HURT and ELAINE LENNON plus some of the very best local artists.

RAINTOWN who have won no less than 15 awards in 4 years are the only act to be involved in all of the mega successful County 2 Country Awards.

Based in Glasgow RAINTOWN deliver a startling take on UK contemporary Country that is both firmly rooted and unashamedly forward thinking. Their intensely charismatic live performances are imbued with a spirit and energy that make their sound accessible to all music lovers.

KATEE KROSS a 22 year old singer-songwriter from Bishopbriggs has already written and released three full length albums and will be releasing her fourth album in February only weeks before she’ll be performing at COUNTRY @ THE CAIRNDALE.

ELAINE LENNON Since her first live appearance in 2018 with Rab Smith & Friends, Elaine collected the prestigious DANNY KYLE award at Celtic Connections in January 2019 to add to her CV, ELAINE LENNON has matured into a performer who is being tipped by many of her peers as someone who has rightly earned “not to be missed” status and it was no surprise when her January 2020 debut album launch was a complete sell out!

ZOEE The chart-topping and multi-award winning Australian-born singer/songwriter (actress, model and more recently TV Host) Zoee is one of the most exciting Alternative Country/Americana/Pop phenomena to hit the UK country music scene. With her band, consisting of father on lead guitar and brother on drums, she has touched the hearts of thousands while she’s travelled the world performing. Elegant, Powerful, Individual, with just one voice, two guitars and a Cajon, Zoee & The Band, are a unique talent worth looking out for.

KATY HURT is one of those rare talents that can write and perform with equal impact. Her 2019 single Revved Up prompted Roland Monger, Music Blogger, to say “Hurt’s voice takes Dolly Parton’s twang and Beth Ditto’s soul, wraps it all up in a basket with a bow before setting fire to it and leaving it on your door step.” Maverick magazine gave Unfinished Business, Katy Hurt’s self-released EP which produced the Top 20 hit singles “Revved Up” and “Unfinished Business”, a 5 star review, noting “incredible vocals, slick guitar work, excellent rhythm and – most importantly – superb songs” with “raw talent seeping through each track”.

COUNTRY AT THE CAIRNDALE will also be giving an opportunity to up and coming local artistes over the weekend and a Free Admission “ Country Jam” on Friday night 8pm – Midnight, which allows anyone with an interest in Country music to come and experience what’s in store over the weekend.

As well as the FREE Friday Night “Country Jam” a full Weekend Pass is available for only £45 with tickets for either Saturday or Sunday’s sessions offering excellent value at only £25.

Tickets for all events can be purchased from the Cairndale Hotel or from Domino Entertainments, 52 Whitesands, Dumfries. 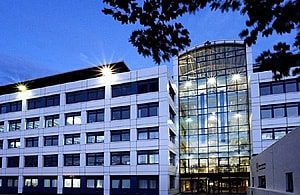