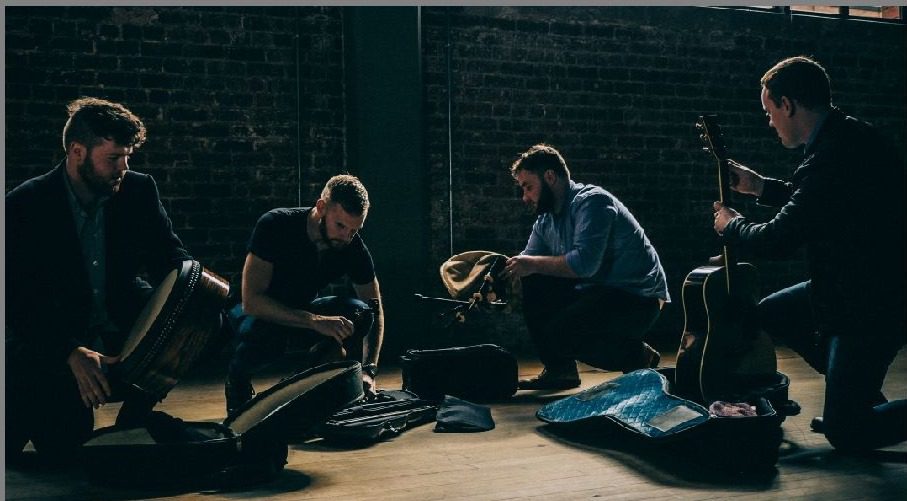 On Friday 19th November, the Dumfries & Galloway Arts Festival are bringing RURA, supported by Zoë Bestel one of the country’s most fascinating young singer/songwriters to Easterbrook Hall as part of their year-round Arts Live programme.

RURA, hailed as one of the most exciting bands on the Scottish folk scene by Songlines, the award winning act are one of Scotland’s most popular folk bands. The quartet’s compellingly fiery, rugged yet refined and progressive instrumentals on fiddle, Highland pipes, flute, guitar, keyboards and bodhran has placed them firmly at the forefront of the 21st century Scottish Folk.

RURA celebrated their tenth anniversary in 2020 with the release of their hotly anticipated live album, Live at the Old Fruitmarket – recorded in front of a capacity crowd in February 2020 at Glasgow’s Celtic Connections Festival. Their debut live record followed three critically acclaimed studio releases – most recently, 2018’s lauded In Praise of Home, inspired by themes of belonging, heritage, and a sense of place.

In their decade together, Jack Smedley, Steven Blake, David Foley and Adam Brown’s entrancing, euphoric live shows have been a main stage highlight of many of the worlds leading folk festivals – including Cambridge (England), Tønder (Denmark), Woodford and (Australia), WOMAD New Zealand, Edmonton (Canada) and HebCelt (Scotland), amongst countless others across more than 20 countries.

Television audiences alongside have been in their millions, including BBC1’s Hogmanay Live, broadcast to the world over new year 2016/2017 from Glasgow’s iconic Old Fruitmarket – where they recorded their five-star live album.

Supporting RURA on the night will be award winning Zoë Bestel, with her ethereal vocals, poignant melodies and stirring lyrics, the 23 year old Scotland based nu-folk musician has been hailed as one of the country’s most fascinating young singer songwriters of our time.

This award winning line up has been programmed by the Dumfries & Galloway Arts Festival as part of their year-round Arts Live programme of events. Their mission with Arts Live is to support, develop and deliver performing arts across Dumfries & Galloway throughout the year in partnership with their network of venues, artists and promoters, enriching lives, inspiring communities and creating a future for performing arts across the region.

Their programme has been supported by Creative Scotland, The Holywood Trust, Barfil Trust and The Crichton Trust.

“We want to bring people back to together again to celebrate and enjoy live performance and experiences after such a long, hard period of isolation. This is our first, large-scale, live music event after lockdown. This is a brilliant chance for audiences in D&G to enjoy award-winning acts in a celebratory and vibrant gig. See you there!”

To find out more about the event and buy tickets for their upcoming programme of events across Dumfries & Galloway visit their website: www.dgartsfestival.org.uk