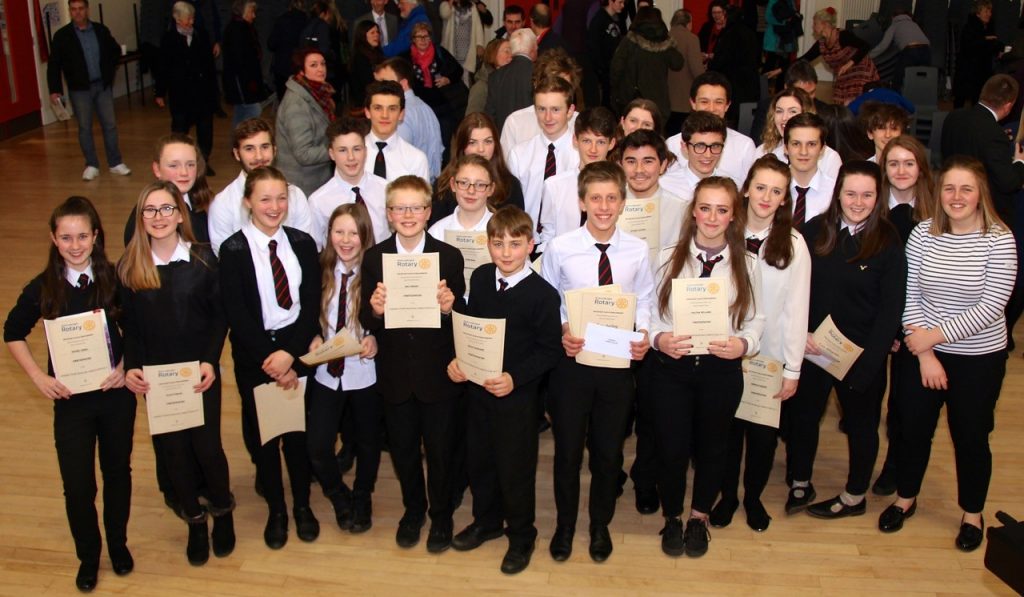 Twenty seven extremely talented young musicians entertained an audience of over 150 enthusiastic people. A mixture of sixteen junior instrumentalists and vocalists from years S1 to S4 and eleven senior musicians from years S5 and S6 performed for an enthralled and most appreciative audience who were quite astonished at the talent on view.

The wealth of talent made the adjudication extremely difficult for the panel of three judges. Jaimie Brand, Head of Music at Annan Academy, Robert Brown, Depute at Kirkcudbright Academy and John Womersley, currently Secretary of the recent ‘Music4All’ initiative in Kirkcudbright thought and talked long and hard before naming their winners.

All the performers received Rotary Participation Certificates and were all considered to be and described as ‘winners’ in what was such a fiercely competitive event. 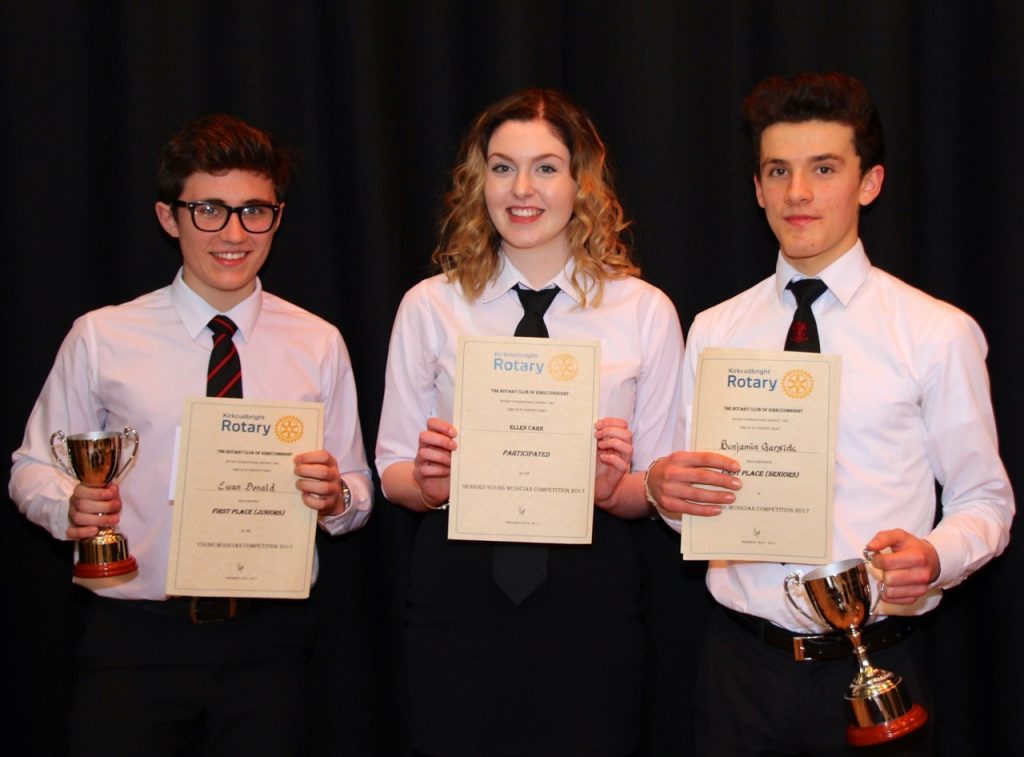 Presentations were made as follows:

The next round, the Area Round, of the Rotary Club competition will be held at Annan Academy next Thursday 16th February where there will be two categories of competition, insrumentalists and vocalists. The judges decided that the two young people who will go on to represent Kirkcudbright in this Area Final will be:

The two winners of this Area Final are then invited to attend the District 1020 Final at the Herriot Watt University on Sunday 12th March.

As this was a free to attend event a bucket collection was made at the exit with money going to the school Prefects’ chosen charity, ‘the Scottish Association for Mental Health’ and this raised well over £100.