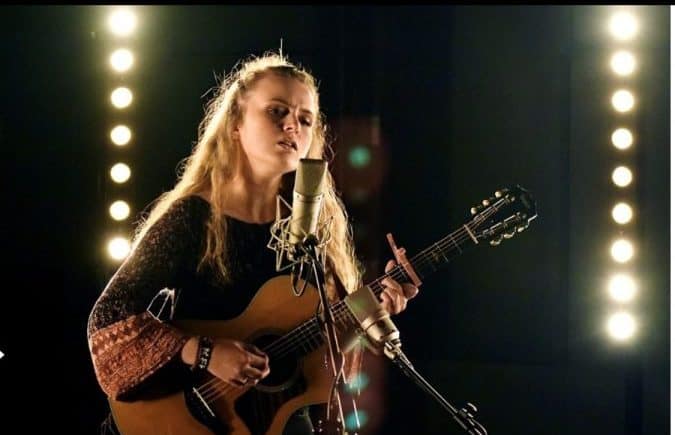 Dumfries teenage musician Kate Kyle, has been shorted listed for the prestigious BBC Radio Scotland Singer/Song-writer award.   Audiences have the chance to vote on the link:  www.bbc.co.uk/singersongwriter and hear Kates song ‘That was Yesterday’.  Kate along with 9 other musician’s songs have been evaluated on originality, melody, lyrics, composition and performance.  Voting will finish on Friday 13th September with 4 going on to the final which will be broadcast on Thursday 26th September.

Seventeen- year old, Kate Kyle, who’s unique blend of soulful country and powerful voice is establishing herself in the Scottish music scene.  Having recently released her 5 -track debut EP entitled ‘Where I’m Going’, Kate’s music has been met with a great deal of accolade.

Kate responses, ‘I’m so delighted to have gotten this far, its such a fantastic group of musicians to be ranked with, and to have the focus on my song-writing is such an important element to my long terms goals.’

Kate hails from the beautiful Dumfries and Galloway area and lives on her family farm.  She aspires in the coming years to study music at university and take on a career as a full-time songwriter, working and collaborating with other artists.

Audiences will be able to vote over the next two weeks on the www.bbc.co.uk/singersongwriter