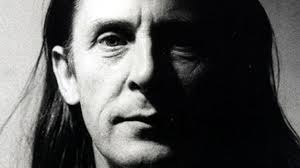 Newton Stewart and Minnigaff are usually far from the beaten track when it comes to top class music, but not this weekend (12 to14 July) when people from all over the UK and beyond will be beating a path to the Traditional Music and Dance Festival.

Shortlisted for the National E Awards Best Festival in Edinburgh recently, the festival begins at 7.30pm on Friday night at the Creebridge House Hotel in Minnigaff, when Benedict Morris, named BBC Scotland Young Traditional Musician of the Year in January of this year, Kitty McFarlane, whose brilliant debut album has had airplay on BBC Radio 2, 3, 4 and 6 Music and American multi-instrumentalist and singer Steph Geremia get things going in style.

Best known for the song ‘Caledonia’ and writing the main theme to the ‘Last of the Mohicans’ film, MacLean’s songs have been recorded by the likes of Ronan Keating, Paolo Nutini and Mary Black. Clearly they are good judges as Dougie is a former recipient of the BBC Radio2 Folk award for Lifetime Achievement for his contribution to song-writing.
The weekend brings an absolutely packed itinerary featuring workshops, Highland Dancing and Piping competitions, tune and song sessions, family fun day and a Festival Late Club starting at 10.30 in the evening at the Creebridge House Hotel for those who simply can’t get enough of great traditional music.

Nathon Jones, Festival Director said; “We’ve worked really hard to put together a programme this year that reflects the professionalism and outstanding quality that the festival has delivered over the last 6 years, and that has only been possible thanks to the continued funding support and backing from Dumfries an Galloway Council, Kilgallioch Community Fund and The Holywood Trust. We’re now hosting the largest Scottish Highland dancing competition in the South of Scotland, a new solo piping competition this year and an overall programme of traditional music and dance that wouldn’t look out of place anywhere in the world. We are really looking forward to another exciting and enjoyable weekend of traditional music here in the heart of Dumfries and Galloway.”

Councillor Adam Wilson, the Council’s Events Champion said; “There is a wealth of talented musicians performing in Newton Stewart and Minnigaff this weekend. Local people are really putting Newton Stewart on the map with their musical talent.”