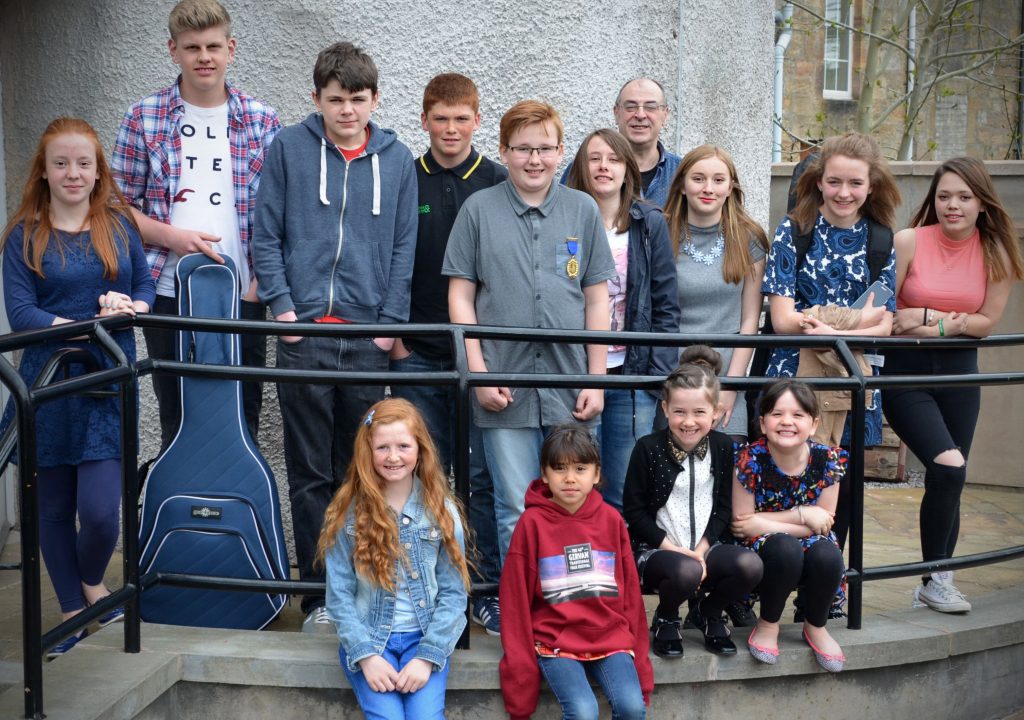 The musical talent of young people from Nithsdale was showcased on Sunday at a special concert at A’ the Airts community arts centre in Sanquhar.
The Music Beats workshop and concert, held by Smart Indie record label co-owner Robert Maitland from Carronbridge, was hailed a resounding success.
Youngsters from aged seven to 16 took to the microphone in front of a sell-out crowd and performed a few musical pieces to the delight of their audience.
Deri Ronan, Ruby Darbyshire, Ava Bowie, Rowan Hastie, Blythe Moore, Troy Barbour, Eve Watson, Bethany Nicholson, Molly McKie, Charlie Carr, Cammy Walker, Sam Murphy and Mhari Prentice took their turns to perform on voice, guitar, piano and pipes in an event which formed part of this year’s Dumfries and Galloway Arts Festival.
Robert said: “I was really delighted with the entire show.
“This was a chance for the young musicians to see others perform and how a performance works in the live situation.
“For some of the kids, this was their first live performance and all of them stood up to the challenge with confidence and skill.
“I am very, very proud of them all.”
As part of the Music Beats event, young musicians were asked to pitch a song to the Smart Indie record label with a chance of signing a real deal.
“The song submissions are coming in,” said Robert. “We are still open to submissions so anyone who would like us to consider their song should email me at t0 34maitland@yahoo.com.”