Scotland on Tour Heads To The Quarrymen’s Arts Centre, Creetown 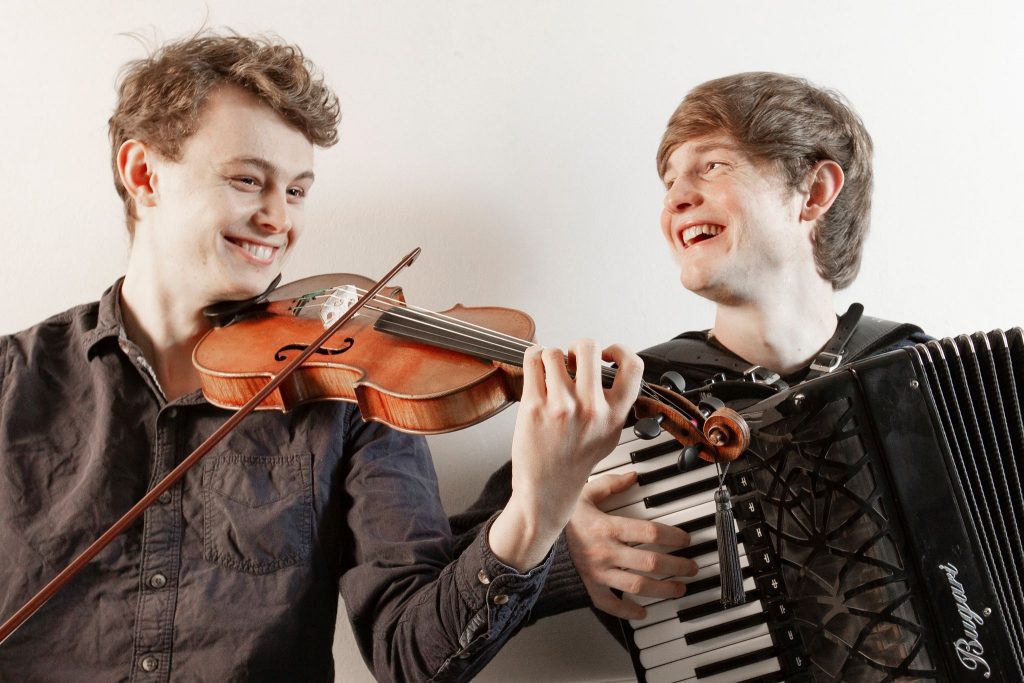 An exciting initiative to support the recovery of Scotland’s live music industry is showcasing two special concerts this May. The first night of entertainment comes in the form of classical, folk and jazz duo Roo and Neil on Saturday 21st May and Scottish saxophonist extraordinaire Tommy Smith on Saturday 28th May.

Roo Geddes and Neil Sutcliffe are Glasgow-based artists who create original music for violin and accordion, inspired by people and landscapes and the ways in which music can evoke a sense of place and community. Roo and Neil will entertain audiences with an evening of musical frolicking, fun, and reflection on what ‘home’ is and how it might sound.

Roo Geddes said: “We’re really looking forward to this special date in our May 2022 Tour, where we will be playing music from our debut album Homelands, featuring new music composed over the last five years. It will be fantastic to showcase it in such a beautiful venue.

“The pieces we’ll be playing form a tapestry of soundscapes representing the many physical spaces, landscapes and communities that form our concept of ‘home’. Each composition tells the story of a particular place that we have connected with and been inspired by. They are also an exploration of our own musical homelands; the styles, groups and experiences that have formed our playing up until now.”

Highly acclaimed Scottish saxophonist Tommy Smith OBE will perform an intimate live show at the centre. One of the world’s most accomplished jazz musicians, Smith will experiment with the natural acoustics of the former church turned arts venue.

Tommy Smith said: “I’m really looking forward to playing in the Quarrymen’s Arts Centre. It’s not a venue I know but one of the attractions of playing these solo concerts is in trying out new spaces with their own idiosyncratic acoustics. It means that every concert is different and personal to each venue. I’m also really attracted to the idea of taking the music into communities, like Creetown, that are not always considered part of the jazz touring network.”

Tommy Smith is head of Jazz at the Royal Conservatoire of Scotland and holds numerous accolades including two BBC, two British and nine Scottish Jazz Awards.

Amy-Dee Watson, one of the Trustees at the Quarrymen’s Arts Centre, said: “We are delighted to be part of the Scotland on Tour initiative to bring high quality, Scottish performers to our vibrant seaside village. Quarrymen’s Arts Centre is a brand new rural venue in the heart of Galloway, providing an intimate, historic setting for a variety of performing arts. Our Scotland on Tour programme includes an exciting mix of solo artists, duos and bands, across a range of musical genres from folk and classical to pop, rock and country, so there will be a concert to suit all musical tastes.”

The project, which has been created and managed by Active Events, was made possible by £750,000 of Scottish Government backing and will focus on increasing the number of opportunities to showcase and enjoy live music, while bringing exciting acts to the doorstep of city, towns, villages and rural communities.

The year-long Scotland on Tour bill includes both emerging and established artists with genre-spanning acts appearing across the breadth and width of the country, with rock, pop, jazz, classical, folk, trad and acoustic genres all being showcased.

Tickets for these and a raft of other shows are on sale now at www.scotlandontour.com.