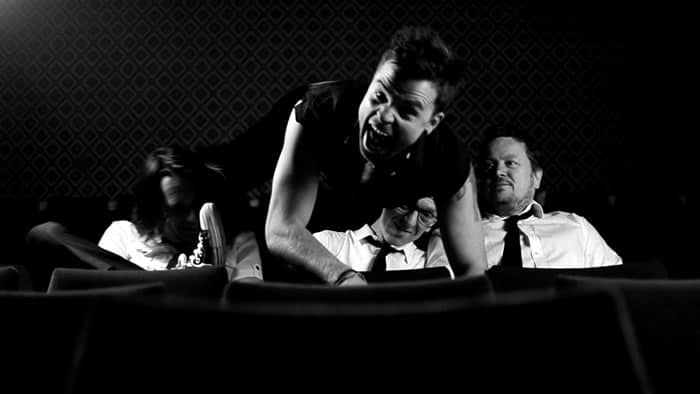 The Yahs possess that unique ability to quickly lift any crowd; cranking it up into a simmering mass of heaving, sweaty bodies, all locked into a heartfelt blues rhythm.  It’s instantly obvious that this quartet of battle-scarred gigging musicians from South West Scotland have had the blues gnawing away at them for years and finally, they’re setting it free. The Band have been going for a few years now grouping originally in 2005 and gigging at many venues across the east of the region but they have been taking things bit more seriously the past year. earlier this year the were voted best band at The Big Burns Supper , ( Scotland’s largest winter arts and music festival held in Dumfries) the band say ‘  Having just played Eden and for the first time we were knocked out by the positive response we received from everyone who came to hear us, what a great bunch of people and a fantastic festival, thank you all! And back in May we played Comlongon Rocks, although muddy and wet it was a fantastic atmosphere, D&G crowds are amazingly supportive! So far most of our gigs have been in the East but The Yahs are gaining support from all over the region. We also recently played at Gatehouse of Fleet Midsummer Music Fest and are looking forward to playing in Stranraer in October.

If you have never seen The Yahs live then this is what to expect, Grant Dinwoodie (vocals/blues harp) swaggers onstage in fur like a man possessed; a modern day James Brown with fire in his eyes and the blues harp screaming in his lips. Every inch the showman, he brings energy and passion alongside a soulful, gravelled lowland Scottish voice which has been delighting fans at gigs and festivals across the UK.  Alongside him, Davie Bass (guitar/vocals) trades dirty guitar riffs with the blues harp, his telecaster cutting through perfectly whilst the backing vocals he provides melt with the lead singer perfectly. The band’s driving rhythm comes from Ali Paxton on bass and one of Scotland’s most gifted drummers, Fergus Henderson – effortlessly solid and funky at the same time.

This rock / blues / funk act does it all with a blistering sense of humour and the theatrical quality of the Yahs performances perfectly offsets the fact that the guys in this band are very good musicians – demonstrated by their fondness to make every performance slightly unique with some great improvisation.