Experience The Renaissance At The Crichton 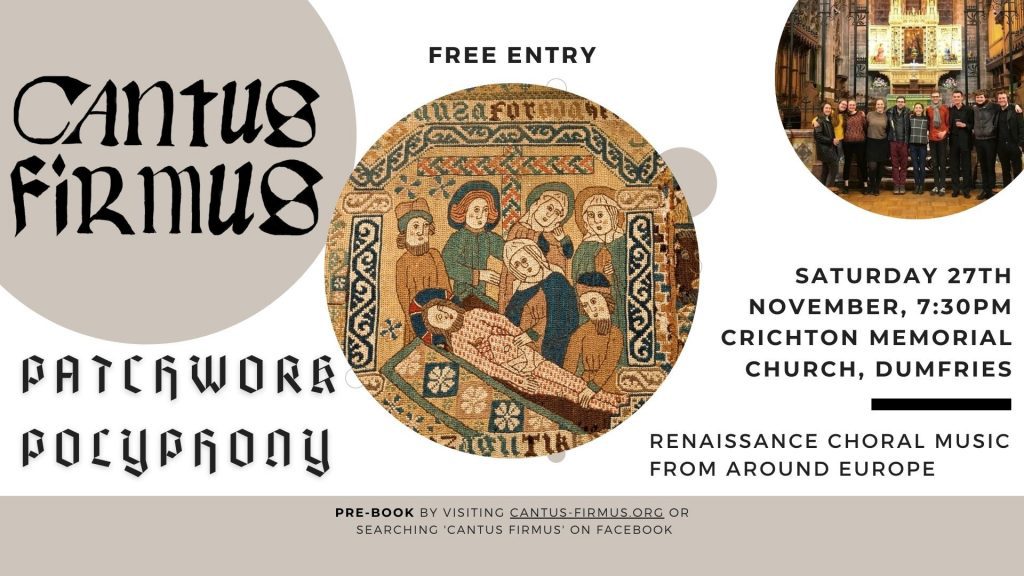 One of Scotland’s finest choirs will fill the Crichton Memorial Church in Dumfries with the ethereal sounds of the Renaissance, during a free concert later this month.

Cantus Firmus, a group of young singers from Glasgow, are on a mission to bring the unaccompanied choral music of the sixteenth and seventeenth centuries to the country’s sublimest historical spaces.

“With its lofty sandstone arches and cathedral-style acoustics, The Crichton is the perfect place for Cantus Firmus’ latest programme, Patchwork Polyphony”, said Robert Guthrie, who co-founded the ensemble and is a former pupil of Wallace Hall Academy

The programme includes works by William Byrd, whose politically charged compositions once made waves throughout post-Reformation England, pieces by the Flemish composer Josquin des Prez, who died exactly 500 years ago, and motets by the Italian composer Carlo Gesualdo, whose jarring harmonies are as dark as his past.

Cantus Firmus are no strangers to Dumfries and Galloway. Members of the ensemble made history in August 2017 when they sang for the first service of Choral Evensong in 100 years at Maxwelton Chapel, a tiny Episcopal church tucked away in the hills of Moniaive. More than 50 people were packed into Chapel’s pews, with many standing.

Members of Cantus Firmus have also sung at the Crichton Memorial Chapel numerous times with the University of Glasgow’s prestigious Chapel Choir, which gives an annual Christmas concert there in partnership with Dumfries Town Band.