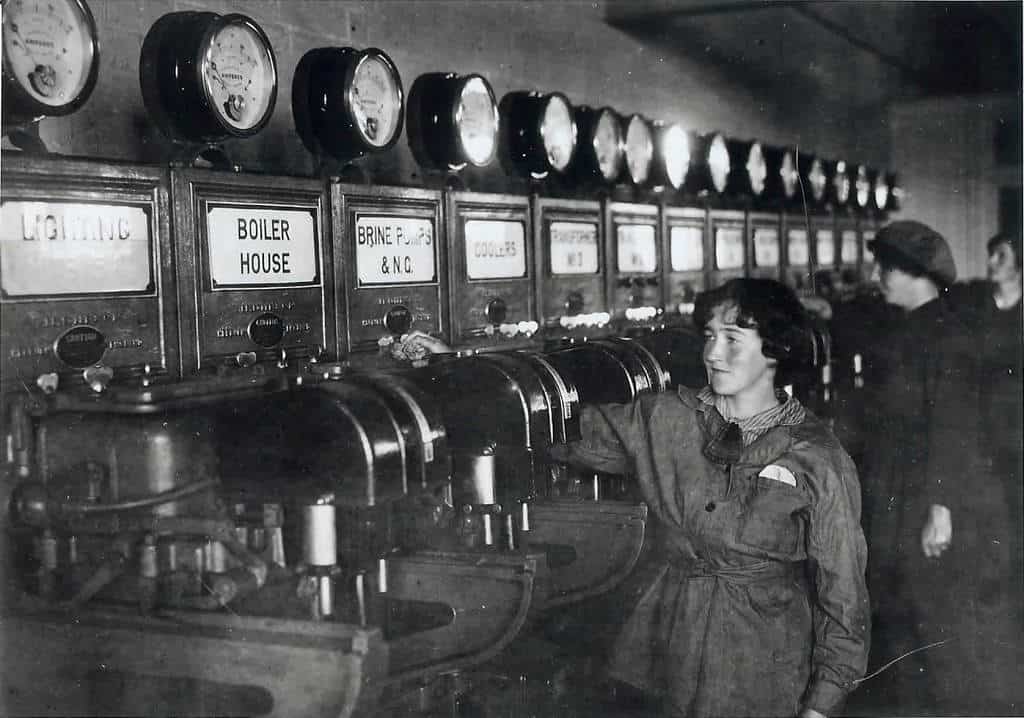 Lots of new objects have recently come to light for The Devil’s Porridge Museum, these have led to lots of new information about the people who turned the tide of the War at HM Factory Gretna in World War One!

It’s an exciting time for the museum, as they have recently launched the Miracle Workers Research Project and are in the midst of recruiting local and remote volunteers. The Miracle Workers Project will culminate in an exciting exhibition showcasing the hard work of volunteers and sharing previously unknown stories with the public. The museum hope to include these new objects in this exhibition, and will also be interviewing people whose family had connections with the factory for a film. 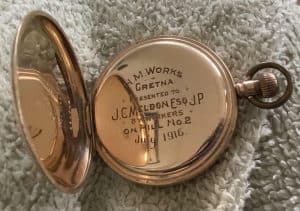 The first is a beautiful pocket watch. One side of it is engraved with the words ‘H. M. Works Gretna presented to J. C. Meldon by workers on Hill No. 2 July 1916.’

James Charles Meldon was a successful electrical engineer from Ireland. His involvement with Gretna is still something of a mystery. The Hill’ mentioned is shorthand for the Nitro-Glycerine Hill, which was where Nitro-Glycerine (a crucial ingredient needed to make cordite) was fed into the cordite making process by gravity. This suggests that J. C. Meldon was involved, in some way, in this particular area of the factory. The date engraved on the watch also gives us some more clues about Meldon’s time at the Factory. July 1916 was not long after the factory started production. Coupled with his career as an electrical engineer, could Meldon have been involved in the construction of the factory, perhaps installing electrics? Perhaps he helped to construct the huge power station which generated electricity for the factory and workers’ housing? 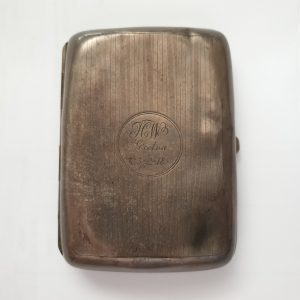 This brilliant photo of a cigarette case was also recently shared with the museum. This case belonged to Herbert Womersley, who worked at H. M. Factory Gretna in the latter part of World War One as a chemist. After the war, Herbert Womersley emigrated to Australia and became a renowned entomologist.

These two objects show the amazing stories different people have in their families and suggests there are fascinating objects yet to be discovered! The Devil’s Porridge Museum would love to know more—if you have any objects you think could be connected to H.M. Factory Gretna, please get in touch.