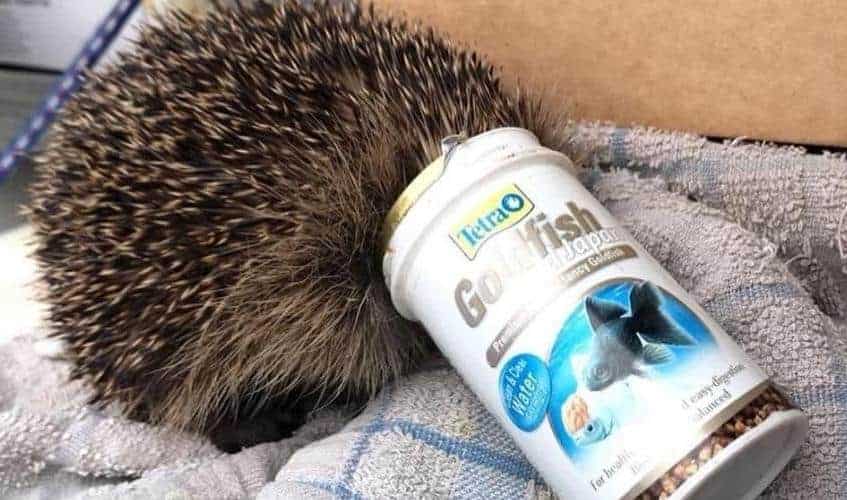 The Scottish SPCA is encouraging people to support the Paws on Plastic initiative throughout May which asks dog owners to pick up at least two pieces of litter when walking their dogs.

We saw an increase of 17% in calls about litter from 1 January to 31 March 2021 compared to the previous year. 118 jobs have been raised involving animals and discarded rubbish this year which is up from the same period in 2020 when there were 99. In addition, environmental charity Keep Scotland Beautiful has recently warned of a looming litter emergency with data showing an 111% increase in significantly littered sites since 2007.

Paws on Plastic was started by environmental enthusiast Marion Montgomery who began the non-profit enterprise from her home as a way to combat the harmful effects of litter and in particular, plastic.

We are asking people to take part over the month of May and over the Keep Scotland Beautiful Summer Clean which runs from 28 May until 20 June.

Chief superintendent Mike Flynn said, “We get countless reports every year of animals ingesting or becoming trapped or caught in litter or discarded fishing wire.

“Some litter is a choking hazard or can cause damage and restrict an animal’s ability to eat which can lead to starvation. Animals can also ingest rubbish which can be fatal.

“We issue guidance and advice to the public asking them to be responsible around wild animals through our #WildlifeWise programme. The Paws on Plastic project is a fantastic extension of this and highlights the dangers litter can pose.

“We fully support Paws on Plastic and encourage people to take part. The positive effect it will have for wildlife and local communities will be tremendous.”

Marion Montgomery has grown the Paws on Plastic community to over 20,000 members worldwide.

Marion said: “I started Paws on Plastic to help protect animals from the dangers of litter. As a responsible dog owner, I was walking my dogs with spare poo bags in my pocket and often noticed the same pieces of rubbish every day.

“It really just came to me that if I removed it, it made a difference and it could save a life. It’s just fantastic that so many dog owners have joined the cause and wish to do their own wee bit to protect animals and our precious environment.

“The beauty of it is that it only takes a minute when we’re out walking anyway but with 20,000 of us, it really does add up – to over 30 million pieces a year in fact!

“Our aim is that it becomes just a normal part of an everyday dog walk. All we ask is for a couple of pieces on every walk so it only takes a minute and is open to everyone, regardless of age or physical ability.

“The bonus is that it has a double effect as studies show that when streets are clean, less litter is actually dropped as you remove the easy excuse that ‘everyone does it’.

“I’d encourage all dog owners across Scotland to join us.”

The Scottish SPCA is dedicated to protecting habitats and environments to ensure Scotland’s wild animals can continue to thrive for years to come.

Mike continues: “This initiative will help people respect the environment and protect animals from the dangers of litter.
“People should always dispose of their rubbish responsibly.
“No matter how small, it has the potential to be hazardous or lethal to pets, wildlife and farm animals.
“The public should exercise caution and be careful when picking up litter and we ask that children taking part be accompanied by a responsible adult. We recommend picking up litter with a dog bag or litter picker to avoid direct contact with any litter and do not pick up anything that could be harmful like glass or sharp objects. Any syringes found should not be picked up but reported to the local authority Emergency Waste Uplift informing them of the location of the syringe.
“Even if people don’t have dogs, we would urge people to still take part and get out in their local area and clean up for the benefit of animals and the community.”

Find out more about Paws on Plastic here.

If anyone is concerned about an animal, please do not hesitate to contact our confidential animal helpline on 03000 999 999. We need your support today. From as little as £1, you can save lives. Please support the Scottish SPCA today.