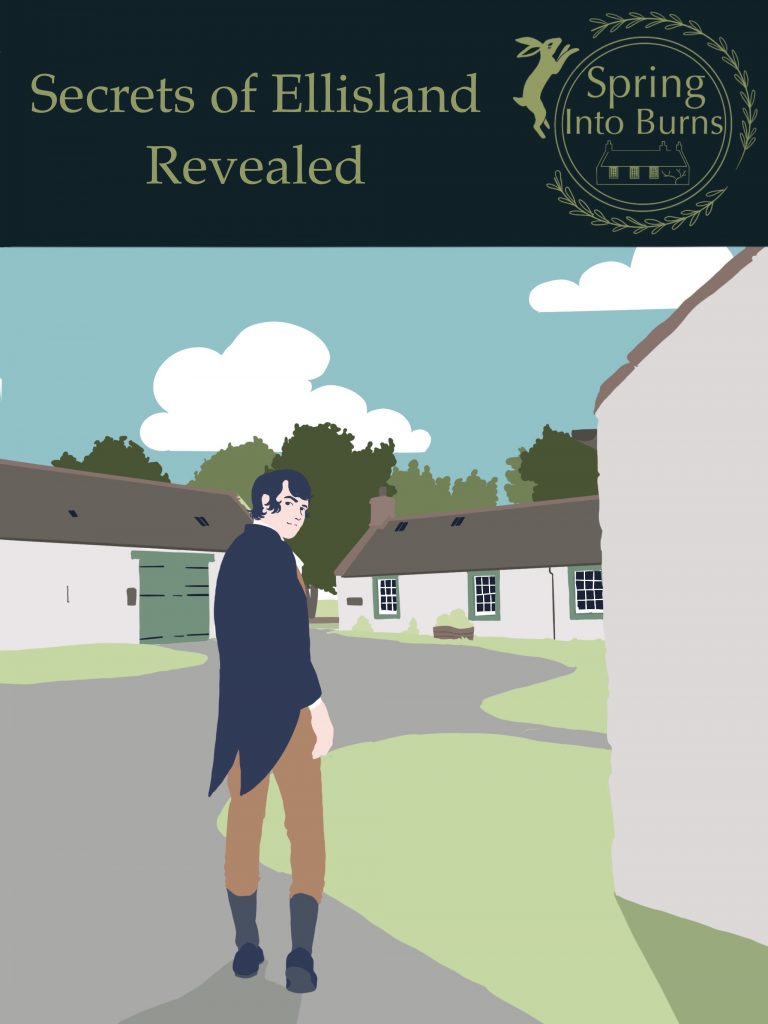 A new “Spring into Burns!” events programme has been launched by Ellisland Farm, the romantic home the poet built for his wife Jean Armour

The season kicks off on 26th January when the results of a £12k study into the farm will be unveiled in a “Secrets of Ellisland” event.

Funded by Historic Environment Scotland, the Conservation Study by historic buildings expert Dr William Napier has made some fascinating discoveries about the property on the banks of the Nith.

Joan McAlpine, Business Development Manager at Ellisland said: “We are absolutely thrilled to kick off our new “Spring Into Burns!” season with this world exclusive.  Dr Napier spent many months examining all the buildings on the site and researching old papers and maps right back to before Burns came here in 1788.

“He was helped by Dr Gerry McKeever, who lives in Dumfries and Galloway and who will also contribute his findings, particularly what his study of ancient maps has revealed about Ellisland and Burns’s tenancy. There are a few big surprises in store which challenge our previous understanding of the site and the Burns story here.”

The study included an assessment of the buildings and their condition today, which will also be announced.

There will also be contributions from Ellisland Trustees Professor Gerry Carruthers of Glasgow University and Dr David Hopes, former Director of the Robert Burns Birthplace Museum.

continues in February with a Valentines Day Special when Dr Pauline MacKay of the Centre for Robert Burns Studies at Glasgow University will explore the poet’s sometimes controversial love life.

In March Professor Murray Pittock explains how Robert Burns could support economic recovery. In April, Ellisland Trustee, Dr David Hopes, the former Director of the Robert Burns Birthplace Museum, will discuss the Treasures of Ellisland – examining the collection and its history. Live events will take place when the Omicron threat passes.