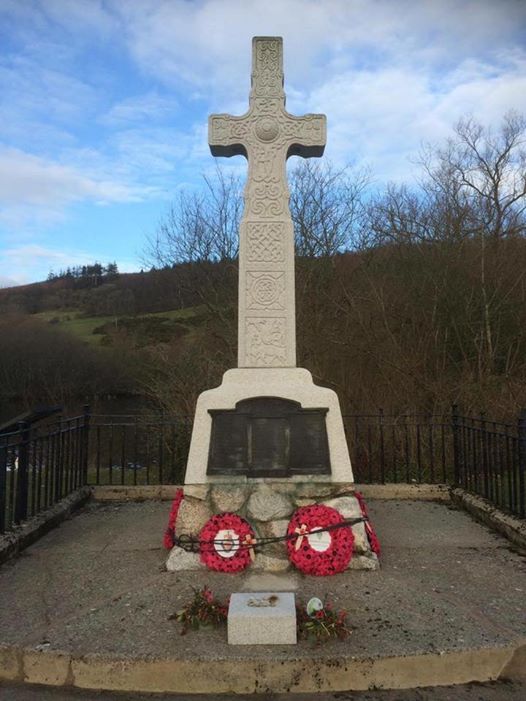 An exhibition detailing how five brothers from Gatehouse of Fleet fought in the First World War is now available for viewing at Dumfries Museum.

Of five Gatehouse of Fleet brothers who signed up to fight in World War One, only one survived. The other four were killed in separate battles 100 years ago in 1917. They were buried overseas, one in Egypt and the other three in France. In the late 1800s James and Jessie Davidson lived in Kirkcudbright before moving to Gatehouse where James was an estate forester. They had six children, a daughter, Clara, and five sons.

Robert was born in 1891, James and Nelson by 1894, Peter in 1896 and the youngest, Wilfred, in 1897. Sadly Clara died in 1910 aged only eighteen and her mother, Jessie, died in 1913. James stayed on in Gatehouse. Robert worked with his father as a woodcutter and James junior became a builder. By the time World War One started, Robert had moved to Canada. All five brothers enlisted to fight.

The youngest son, Wilfred, enlisted in the 1/10th Royal Scots in 1916 when he was only just eighteen. In December 1917, after all four of his brothers had been killed, the army decided that Wilfred should do no more overseas duty and sent him home on compassionate grounds. He had married in January 1917 and his son had been born the same year. Wilfred had trained as a mason before the war. He became a businessman and went on to become the Provost of Gatehouse, 1962 – 1966. The family memorabilia on display was kindly loaned by Wilfred’s grandson, Alan Davidson.

Items relating to the Davidson brothers will be on display at Dumfries museum until 30 September 2017. ( Main Image, Gatehouse of Fleet War Memorial – Credit DGWGO)