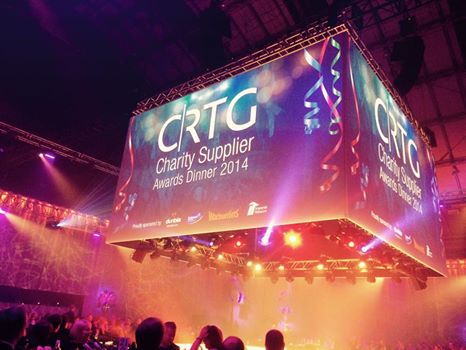 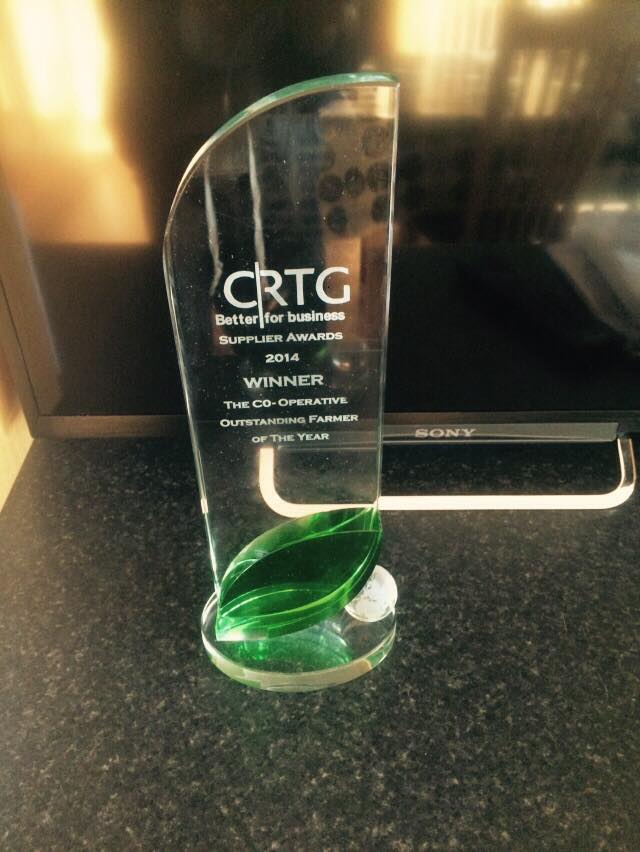 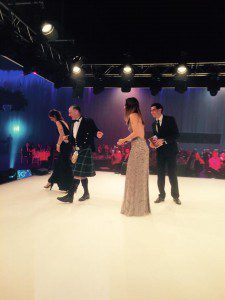 It was held in the Manchester Central Convention Complex on Thursday 2nd October 2014.A team of judges shortlisted nominations from Co-op suppliers and winners were announced on Thursday evening where Colin Mair also known to his friends as ‘Manager’  of Townhead Farm  , Mouswald won the award category for “Co-operative Outstanding Farmer of the Year 2014”.Colin & Lorraine farm 365 acres in partnership at Townhead Farm, Mouswald milking 250 pedigree Holstein & Ayrshire cows. They supply milk to the Co-operative through Muller Wiseman .
Colin and lorraine told DGWGO today ” We were honoured to be nominated and thrilled to win. But it’s back down to earth after an amazing night at Co-Op suppliers award dinner in Manchester , There is farm work to be done . ”