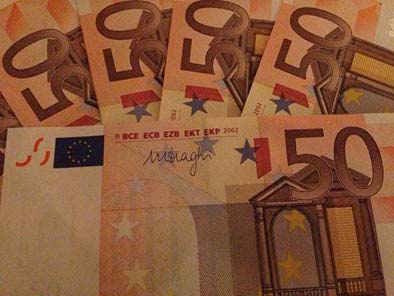 The exchange rate to be used to calculate support delivered through the 2014 Single Farm Payment (SFP) Scheme is €1= £0.7773.

The 2014 rate represents a seven percent reduction in the value of the Euro compared to last year. This will result in a significant drop in the sterling value of the SFP to Scottish agriculture when compared to the £445 million paid out in 2013. That comes in a year when farmgate prices for many of Scotland’s key agricultural products have taken a severe hit.

Last year also saw the introduction of financial discipline across Europe, which stripped away much of the benefit derived from a favourable exchange rate that year. This year, financial discipline will also be applied but at one percent – approximately a quarter of the rate applied in 2013. That means Scotland will have to further readjust SFP and claims under the Scottish Beef Calf Scheme.

Europe has also entered a new budgetary period. As a result, the overall ceiling for Scotland’s support pot falls from €597 million in 2013 to €580 million in 2014.

“Today’s exchange rate setting is a huge factor in determining the value of support delivered to all eligible farm businesses in Scotland. In 2012, financial turmoil in Europe saw significant weakening in the Euro – much of that ground was recovered in 2013 only for the currency to weaken again this year.

“With 16,000 Scottish SFP recipients receiving payments in sterling, volatility in currency remains a constant worry for many businesses, especially when the rate setting process comes down to a single day.

“There is the ability to change that rate setting process for the next CAP regime, starting in 2015, when the currency rate could be based on the average figure achieved throughout the month of September. Numbers would need to be crunched to determine whether such a shift would be a positive or a negative for Scottish agriculture.

“The exchange rate this year also means that the 14 percent of Scottish businesses receiving their SFP in Euros will have to think very carefully about how they manage their funds and when they choose to convert them to sterling.

“This year, the exchange rate has worked against many businesses, budgets were already reduced and financial discipline will still impact on the vast majority of SFP recipients. That comes in a year when virtually every single sector in Scottish agriculture has struggled with farmgate prices.

“That makes prompt delivery of the 2014 SFP important to farm businesses and we have sought reassurances from Scottish Government that the 2014 payment run will commence at the earliest opportunity in December to help provide valuable stability to businesses.

“Looking ahead, we have also put down a marker with Scottish Government about payment arrangements under the new CAP regime in 2015 and beyond. The shift from SFP being paid on a historic basis to an area rate will bring complexity and challenges to administration and payment systems.

“Throughout 2015, we will be keeping in close contact with Scottish Government to ensure computer programmes and payment systems are in place to deliver future SFP payments early in the payment window, maintaining Scottish Government’s good track record in this area.”