Farmers Union In Westminster On #backbritishfarmingday 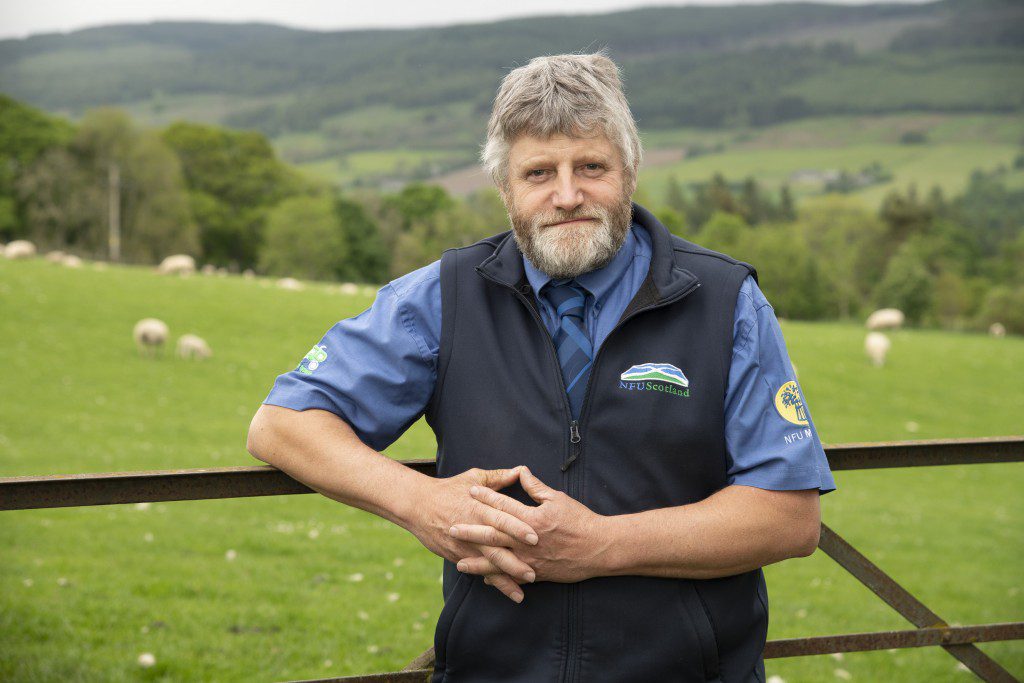 NFU Scotland is calling on the UK Government to address the nation’s growing labour crisis as it heads to Westminster to join other UK Farming Unions in celebrating #BackBritishFarmingDay Today Wednesday 15 September.

NFU Scotland’s President Martin Kennedy, Director of Policy Jonnie Hall and Political Affairs Manager Beatrice Morrice will be in Parliament to mark the event and hold face-to-face discussions with leading politicians.  This will be the Union’s first visit to Westminster since the start of the pandemic.  Top of the Union’s agenda is the looming labour crisis which is undermining all parts of the food and drink supply chain, leading to significant losses on some Scottish farms and resulting in a growing number of empty shop shelves.

#BackBritishFarmingDay also comes as a UK Government announcement of a free trade ‘agreement in principle’ between the UK and New Zealand is believed to be imminent.  Having agreed in June to provide unfettered access in the future to Australia, the cumulative impact of another UK trade deal with a major exporting nation has huge significance for Scottish farmers and crofters.

Speaking ahead of the trip, President Martin Kennedy said: “With so much to celebrate about the quality and standards of our food and drink, #BackBritishFarmingDay is a fantastic opportunity to thank the nation for their incredible support throughout Brexit and Covid-19. It also provides a platform to reinforce to Government the huge impact that both events continue to have on the whole food and drink sector and the urgent need for politicians to do more to if we are to continue to sustainably fill the nation’s plates and glasses.

“The huge shortfall in labour has left food and drink supply chains creaking at the seams.  Huge losses have already been recorded on Scottish soft fruit and vegetable farms because of labour availability and disruption to food processing and distribution has seen a growing number of empty shelves in shops and supermarkets as we start the Christmas countdown.

“A lack of staffing within meat processing has also placed the pig sector in jeopardy, with 85,000 pigs reported to be backed up on UK farms, adding considerable costs to producers, while dairy farms are regularly reporting on the growing challenges of getting staff.

“NFU Scotland, both independently and in conjunction with the Scottish food and drink industry, has written several times to UK Government calling for measures that address the shortfall in both seasonal and permanent staff.  Should it fail to do so, I have absolutely no doubt that the situation will deteriorate further.

“As we celebrate #BackBritishFarming Day and the incredible standards we produce to, it is galling to hear that the UK Government is on the verge of signing up to another free trade deal that will permit a growing level of imports while delivering very little to our food and drink sector in return.  Granting unfettered access to our markets to a major sheep and dairy producing nation like New Zealand comes on the back of a similar damaging deal being signed with Australia in June.

“The blunt fact is that neither deal has been afforded any kind of proper parliamentary scrutiny as the Government’s promised Statutory Trade and Agriculture Commission has yet to be established.   Safeguards against market disruption are also promised but the cumulative impact of these deals will be profound for UK farming and, if handled badly, may make it impossible for some of our family farming businesses to continue to compete with high levels of low-cost imports produced standards that would not be allowed here.”

Director of Policy Jonnie Hall said the visit to Westminster also provides an opportunity to remind the UK Government of its medium to long term responsibilities when it comes to assisting the industry.

He said: “While agriculture and many related issues are devolved, certain critical issues remain within the gift of the UK Government working with devolved administrations. As a result, we will also be highlighting the importance of the UK internal market to Scottish farming and food interests – the integrity of which must not be undermined by either significant regulatory divergence within the UK or the excessively blunt UK Internal Market Act.

“Likewise, we require the certainty of a ring-fenced, multi-annual funding commitment from Westminster, that at least matches current levels, to underpin a new agricultural policy in Scotland to allow it to deliver on food production, climate and biodiversity goals. While we continue to press the Scottish Government to develop and implement a new Scottish agricultural policy as a matter of urgency, in parallel, we must hold the UK Government to its commitment to properly fund it.”