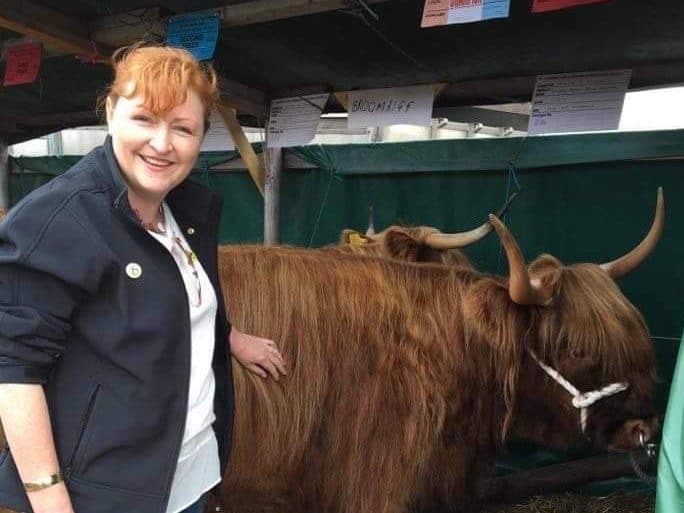 New, updated legislation – being taken forward by South Scotland MSP Emma Harper – which seeks to address the increasing levels of livestock attacks across Scotland has passed Stage 2 of the Parliamentary process, and is set to progress to Stage 3, where the South Scotland MSP hopes that it will become law by the end of this Parliamentary session on March 31st.

The Member’s Bill – which has the backing of Scottish farmers and their representative bodies, outdoor access interest groups and dog walkers alike – will provide additional powers for the investigation and enforcement of the offence of livestock worrying and will increase the maximum penalties available to the courts. The Bill also extends the definition of “livestock” to include additional types of farmed animal such as llamas, deer, and buffalo.
During the Stage 2 proceedings, amendments were agreed to include an affirmative procedure for regulations regarding the definition of livestock, an amendment to increase the maximum available penalty to 12 months imprisonment or a fine of £40,000, or both, which was taken forward by the Scottish Government and an amendment to remove provisions authorising inspecting bodies other than the police to carry out investigation was agreed. Finally, Ms Harper moved an amendment to remove the power for entry to non-domestic premises without a warrant which was passed unanimously.

Ms Harper has thanked the committee members for their support in taking the Bill forward and on agreeing with her amendments and has said that she is looking forward to Stage 3 proceedings in the coming weeks.

Commenting, Ms Harper said:
“It is great that my Protection of Livestock (Amendment) (Scotland) Bill has received support from members across all political parties as well as unanimous backing from Scotland’s leading agricultural, animal welfare and outdoor access bodies. It received over 800 responses to the consultation from farmers, dog owners and those involved with the agricultural community who agreed that the current legislation is outdated and who were supportive of the principles of the Bill.
“The Bill will provide the Police and legal bodies with additional powers which are designed to better investigate and enforce the offence of livestock worrying, it extends the legal definition of livestock and strengthens the penalties for those who carry out the offence.
“During the Stage 2 debate at the Rural Committee, I agreed to a number of amendments to the Bill which improve the legislation and which allow for cross party support for the Bill. These amendments include a technical amendment to include an affirmative procedure for regulations regarding the definition of livestock, increasing the maximum available penalty to 12 months imprisonment or a fine of £40 thousand, or both, which was taken forward by the Scottish Government, removing provisions authorising inspecting bodies other than the police to carry out investigation, and finally, removing the power for entry to non-domestic premises without a warrant. All these amendments were passed by the committee and I thank the members for their efforts and support.

“I am pleased to have got to this stage and I look forward to Stage 3 and it is my hope that my Members’ Bill will pass by the end of this Parliamentary session on March 31st.”