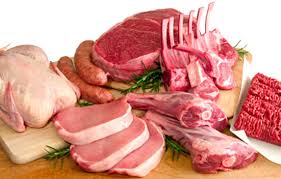 More than 90 per cent of supermarket shoppers say it is important major retailers in Scotland stock Scottish red meat, according to the results of a new survey.

The poll of 1,000 customers also found that more than half of those questioned were willing to pay a higher price for Scottish branded produce.

It comes as Scotland’s Food Minister Richard Lochhead urged supermarkets to make it easier for consumers to identify whether they are buying Scottish-produced meat. His call follows the publication of a Scottish Government supermarket audit carried out in the wake of the horsemeat scandal which looked at the labels of almost 4,000 own-brand cooked and raw red meat products sold by 10 major retailers.

“It’s great news for Scotland’s meat producers that 90 per cent of supermarket shoppers think it is important that major retailers stock Scottish red meat – with more than half of those questioned willing to pay higher prices. We also know that following the horsemeat scandal three quarters of consumers in Scotland said trust the Scotch brand.

“Supermarkets are now stocking much more Scottish red meat than they used to, and we have been working closely with them to achieve this. However, our snapshot audit found an inconsistent approach to labelling own-brand red meat products on supermarket shelves.

“Whilst our audit found that more than 40 per cent of raw beef carried Scottish labelling, no ready meals at all had Scottish country of origin labels. This is a real missed opportunity for retailers and consumers alike, especially as the horsemeat scandal primarily involved processed food.

“The Scottish Government, Scotland Food and Drink and Quality Meat Scotland will continue to work with retailers to ensure that consumers can identify Scottish meat products on supermarket shelves, and we intend to repeat this audit on an annual basis to ensure progress continues to be made. We shall use these results to inform our work with the Food Standard Agency to drive best practice on labelling on food products more generally.”

“The level of support amongst the Scottish public for the country’s food and drink reflects a growing national pride in what we’re producing. These survey figures are higher than any I have seen before and are a sign of an ongoing revolution in our food and drink industry. My hope is that this clear signal of demand from Scotland’s shoppers will only add further momentum to the work we’ve been doing with supermarkets to showcase Scottish food and drink. We’ve targeted a further £1 billion in sales of Scottish produce in the UK by 2017; this is another sign that we are right to be ambitious.”

“It is heartening to see a further increase in the number of people who believe locally-sourced red meat is important to them.

“Even more encouraging is the increased percentage of people who are now prepared to pay more for locally-sourced, high quality produce. Supermarkets who build their success on consumers’ demands are getting a very clear signal, which we need to keep building on.”

The Red Meat Retailer Audit was carried out on behalf of the Scottish Government by Scotland Food and Drink in May/ June 2013. A total of 3,926 own-brand products – including pre-packed cooked and raw meat, deli and butcher counter products, pate, pies and ready meals – were surveyed at stores including Aldi, ASDA, Co-op/ Scotmid, Iceland, Lidl, M&S, Morrisons, Sainsburys, Tesco and Waitrose.

In a IGD survey for QMS, conducted in October 2013, 75 per cent of Scottish consumers agreed that the Scotch logo is for a meat you can trust.