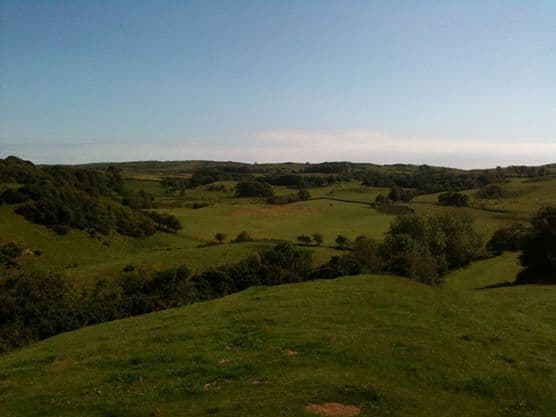 South Scotland MSP and Scottish Labour’s Rural Economy Spokesperson Colin Smyth has hit out at plans by the Scottish Government to slash a green fund by 20% that supports local farmers to tackle climate change, calling the cuts “savage” and “premature”.

The criticism was levelled at Cabinet Secretary Fergus Ewing by the local MSP at the Scottish Parliament Rural Economy Committee last week, after it was announced that the Agri-Environment Climate Scheme (AECS) budget – which also helps farmers address declines in farmland wildlife – would be cut from £42.7m to £34.2m.

The existing level of AECS funding has already been widely criticised by farming and environment groups for failing to back farmers’ efforts to address climate change, with groups such as Scottish Environment Link calling for an increase in support. They add that it is too early to make such a significant change to existing CAP schemes before the Scottish Government has set out its plans for post-Brexit agricultural support in Scotland.

Addressing the Cabinet Secretary, Colin Smyth said: “The budget for 2021/22 budget shows a 20% cut in the Agri-Environment and Climate Scheme from £42.7 million to £34.2 million at a time when we face a nature and climate emergency.

“Surely it’s premature to make such a savage cut and change to CAP spending when we still have no idea what your plans are for agricultural payments at the end of the transition period?”

Commenting afterwards Colin Smyth said: “This cut makes a mockery of the Scottish government’s claim to be serious about climate change. It takes agri-environment funding down to just 6% of total farm support, leading to the axing of many initiatives by farmers to protect the environment.

“It will have devastating consequences for many of south Scotland’s precious species and habitats, and hamper our efforts to tackle climate change.

“The lack of leadership from the Scottish Government on what post-Brexit agriculture support will look like in our area means farmers are being left in the dark over what the future holds and, as a result, cannot plan properly.

“But what is becoming clear is that those in the sector who want to play their part through nature and climate-friendly farming, won’t get the backing they need from the Scottish Government.”