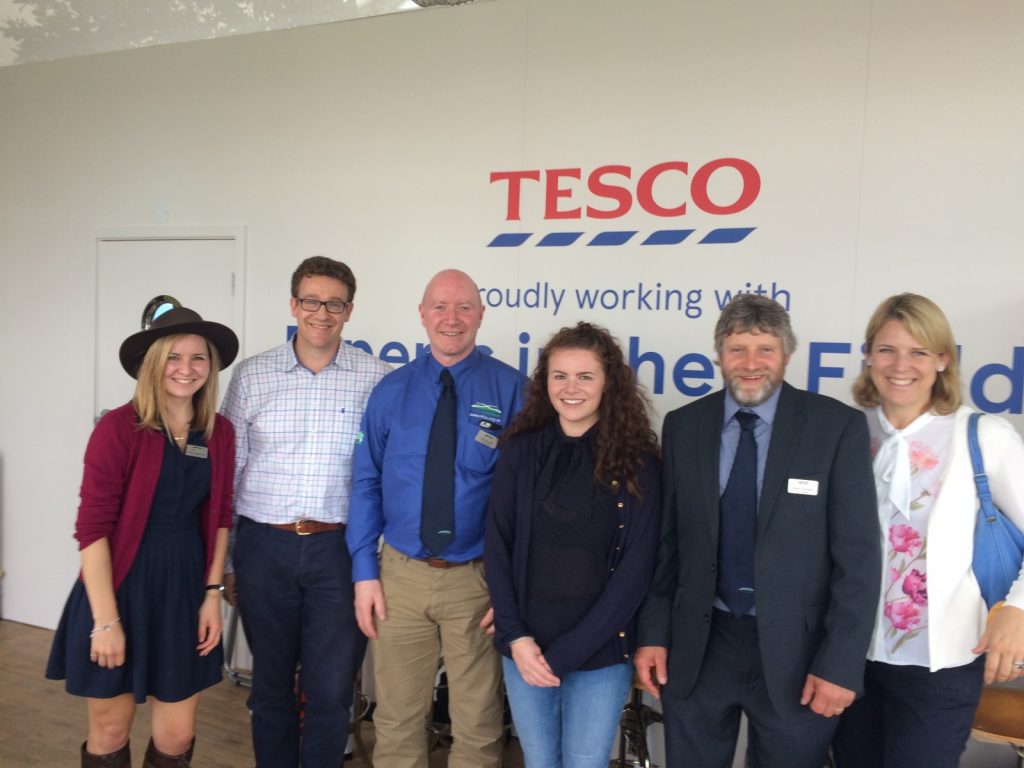 The opportunities to build a sustainable future for Scottish agriculture was the focus of discussions led by NFU Scotland with supermarket retailers at last week’s Royal Highland Show.

NFU Scotland met with representatives from Marks & Spencer, Tesco, the Co-op, ASDA and McDonalds over the course of Thursday 22 June and Friday 23 June at Scotland’s most iconic event on the agricultural calendar at the Royal Highland Centre at Ingliston.

Marks & Spencer and the Co-op were commended on their commitments to Scotch Lamb and British meat, respectively, and NFU Scotland discussed how supermarkets can work with industry to ensure any seasonality concerns are overcome and a year-round supply of Scottish produce secured.

The Union discussed with retailers the concerns in short-term price point reductions causing volatility in the consumption and price of certain food and discussed how best to ensure that the value proposition can benefit both shoppers and farmers.

Commenting on the meeting NFU Scotland’s Food Policy and Campaigns Officer Lindsey Macdonald said: “Our discussions with retailers over the Royal Highland Show provided the opportunity to express our views that high-quality food produced in Scotland continues to be in growing demand.

“As well as expressing our on-going concern with fictional farm branding, we requested that a clear provenance message be made to consumers, particularly on premium products. It benefits the public, supermarkets and farmers if we can grow the demand for food produced in Scotland which delivers jobs and economic growth in our rural communities.

“Equally, there are notable public health benefits to be gained by encouraging people to move from processed food of non-UK origin to fresh Scottish meat, vegetables, fruits and dairy.

“Another major point of discussion with the retailers was Brexit, and it’s clear that Scotland and the UK must grow our food security in light of the uncertainty of future trade. We will only be able to do this with the support of our major supermarket chains.”