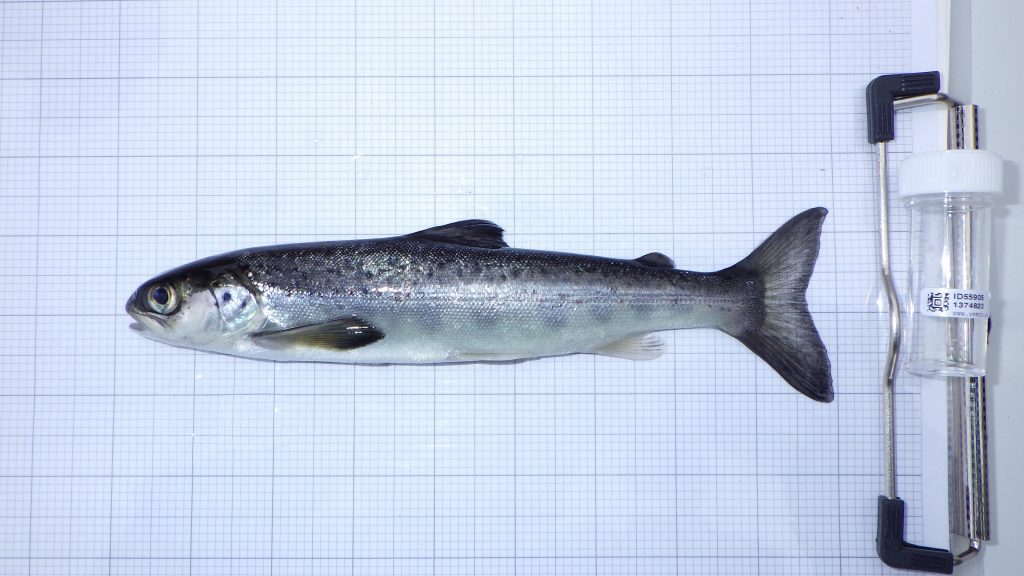 An ambitious project is harnessing the power of technology to finally reveal the secret lives of wild Atlantic salmon – backed by £400,000 from the Scottish Government.

Atlantic salmon start their lives in streams and rivers, before migrating to the high seas to grow and return home to spawn, connecting vast ranges of diverse habitats.

Little is known about the migration routes of wild salmon as they leave our rivers, but they travel large distances to feeding grounds in the North Atlantic and Scottish salmon can be found in areas ranging from the seas off West Greenland to the Norwegian sea.

A number of factors, including climate change, has seen the species in serious decline across recent decades and the West Coast Tracking Project is part of a broad range of measures being used to build the resilience of the iconic species.

The multi-year initiative, sees highly trained biologists, some from west coast fisheries trusts, tagging young salmon with miniature acoustic transmitters, each with its own unique signature, as their migration begins.

Strategically placed receivers record the signal from each tag, allowing the progress of individual fish to be tracked if they pass multiple listening sites.

The information will fill key gaps in knowledge of salmon smolts as they migrate from fresh water through the key area of the coastal zone and will be combined with data such as sea lice distribution and ocean currents.

This will provide a strong evidence base to inform aquaculture planning and regulation, as well as informing decisions on locating offshore renewable installations.

Rural Affairs Secretary Mairi Gougeon said: “The revival of salmon populations and the habitats they depend on will provide multiple benefits to society and will play a significant role in our ambitions for the rural economy.

“The suite of measures we are taking across Scotland underlines our commitment to tackling the twin crises of climate change and biodiversity loss.

“At the same time, we continue to argue for greater collective action across the international arena.”

Mark Bilsby, CEO of the Atlantic Salmon Trust, said: “The work delivered to understand how salmon smolts were migrating out from ten rivers in 2021 was a mammoth geographical and logistical challenge, met by the ground swell of support from people and organisations on the ground – from those in the Solway Firth, to West Sutherland and across to the Outer Hebrides.

“The funding from Scottish Government will enable the work to be developed in 2022 so that we have a greater understanding of how young salmon are using our coastal areas. This practical information is key so that we can better protect wild Atlantic salmon.”

Dr Alan Wells, Chief Executive of Fisheries Management Scotland, said: “We warmly welcome this further support for the West Coast Tracking Project. Information about wild salmon migration patterns will contribute to our understanding of, and ability to manage, interactions with marine developments, such as fish farms and marine renewables. The results from this crucial work will help to inform policy and regulation, including the regulatory framework for fish farms now under development by SEPA.”

Tavish Scott, Chief Executive of Salmon Scotland, said: “This is a welcome government investment that builds on the joint work between Salmon Scotland and Atlantic Salmon Trust. We want to understand the migratory patterns of wild fish based on good science. This collective work is about achieving that objective. Salmon Scotland looks forward to an update from the project managers on what we have learnt from the first year tracking of wild fish early in 2022.”

The tags transmit a high frequency ‘ping’ at regular time intervals, every 18-38 seconds. The acoustic ping transmitted from each tag is unique to that tag, allowing individual fish to be tracked.

The acoustic fish tags have a battery life of approximately 77 days and continue to transmit the ping until the time when their battery runs out. This battery life covers the time from the salmon being tagged, moving downstream and out through coastal waters.

The pings transmitted by the tags are detected by acoustic receivers. The receivers in this study are placed on anchored buoys, ensuring they remain in their intended position throughout the study.

The receivers are able to detect pings released from fish tags up to 350m away, dependent on water conditions. The receivers have a battery life of up to 18 months.

The Scottish Government’s Wild Salmon Strategy, delayed due to the pandemic, will publish early in 2022.