Saturday the 11th of January 2020 Stewartry faced rivals Allan Glen’s having lost to them previously 18-54 at Greenlaw in the Tennent’s West Shield first round and two weeks later on their home turf beating the Blacks again  59-0 and scoring nine tries. Most of the seventeen tries scored from some fine running Glens backline plays on dry pitches.

Fast forward to last Saturday. The gale force wind blew most of the night and the morning accompanied with some heavy rain right up until kick off time leaving a heavy sticky playing surface with not a puddle in sight.

Because of the conditions pre match Allan Glens asked for permission to go back inside at half time and it was agreed both teams could go in.

Stewartry kicked off  bringing an early  lineout won by Glens. Minutes later Stewartry forwards showed their strength in the first scrum with their back row taking play into the visitors 22 their winger pushed into touch.

Seven minutes and it was pingpong  rugby with both full backs kicking for distance Stewartry using local knowledge to bounce the ball into touch where as Glens were kicking long and direct into touch so a line out back on numerous occasions.

Stewartry missed a penalty from in front of the posts in thirteen minutes. Stewartry continued to win or upset the scrums with game bogged down in the middle of the pitch as Glens tried to throw the slippery ball about. Glens had good pressure on the Blacks leading up to halftime but the young Stewartry winger broke from his own half to be stopped just short. Half time 0-0.

Both teams came back out for the second half Allan Glens in a clean dry strip with Stewartry opting for the wet dirty look.

It was a rejuvenated Glens that started the second half breaking from deep in their own half only to be stopped short in the Blacks 22 by some desperate Blacks tackling.

The Stewartry back row and centres combined well from a penalty award to put their captain John Picken in for the opening score in forty six minutes. Craig Mosey added the points. 7-0 Stewartry.

The play reverted to a bit more ping pong play and a late tackle on the Stewartry full back as he cleared his lines brought a bit of fisticuffs quickly settled by the referee. Both teams continued to battle hard for possession as the crowd roared them on some pressure down the left wing saw Stewartry switch the ball out right for young Spence to slip through and score a second try in the corner. Craig Mosey added the conversion. 14-0 Stewartry.

Six minutes to go and Stewartry held firm their line intact for the eighty minutes the win putting Stewartry up into second above Allan Glens and no points to add to the one hundred and thirteen points the Blacks lost in the first two games to Allan Glens this season honour restored. 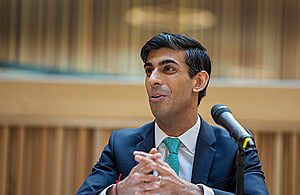 In Awe of Our Carers