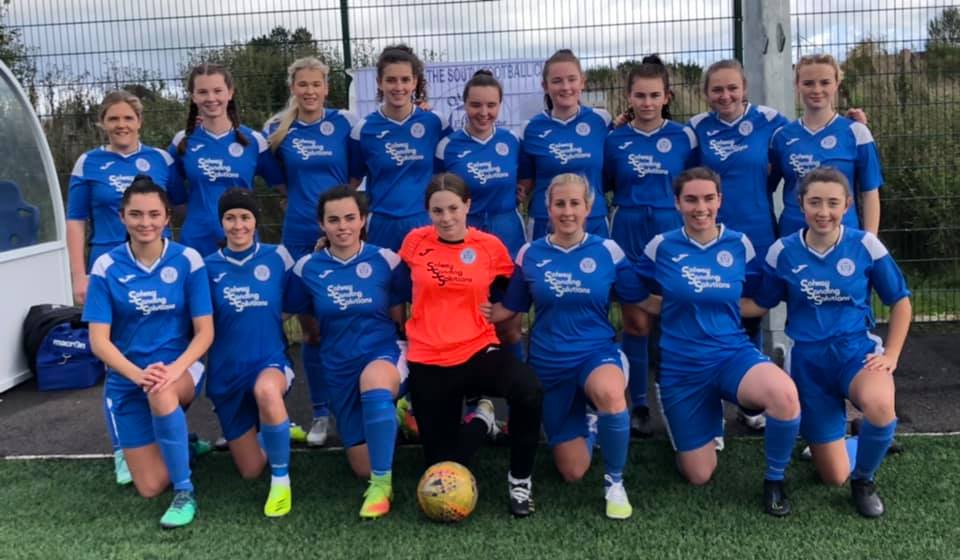 Queens Ladies made the trip to play Ayr United Ladies on Sunday hoping to get back to winning ways after dropping points in their previous 2 games.

The game started badly for a Queens side missing several players through injury and holidays, with Ayr taking an 8th minute lead when  a rebound from a shot at goal was turned into the net.  Ayr continued to press and charlotte Smith, playing at centreback, had to make several timely interceptions to win the ball and drive the team forward.  Ayr doubled their lead in the 30th minute when they were awarded a penalty for a challenge in the box, giving them a 2-0 lead at half time.

The second half had barely started when Ayr were awarded another penalty for something that only the referee could have seen, and Ayr went 3-0 ahead.  Queens were still trying to claw their way back into the game, although Ayr were dangerous in attack and keeper Sophie Ingram had to make a couple of excellent saves to prevent Ayr increasing their lead further.  In the last minute, Queens were themselves awarded a penalty when Holly Ovens was tripped in the box. Holly took the kick herself but couldn’t convert it, although it would only have been a consolation goal as the full time whistle went immediately afterwards with Ayr taking the three points.

Queens take on Harmony Row at NWCC on Sunday hoping to bounce back from a disappointing spell with just a single point gained from their last three matches.