Dumfries Curlers enjoyed a fantastic season of curling on the local front and an outstanding season on the national and international scene.

Ross Whyte won the Scottish Junior Championships, going on to claim a World Junior Bronze medal for Team Scotland before representing GB at the Uni Games being selected as the flag Barrier and coming home with a World Uni Games Bronze Medal.

Hamish Gallacher was selected for the European Youth Olympics Team and went on to lead the team to an undefeated Gold Medal and Youth Olympic Champions under the guidance of Team Coach Scott Hamilton.

Orrin Carson, Logan Carson, Archie Hyslop & Charlie Gibb retained the U14 National Title and also qualified for the u21 Scottish Championships for the first time.

Local Honours were also handed out on the night. 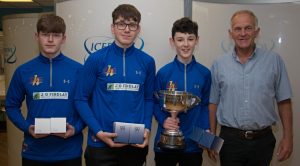 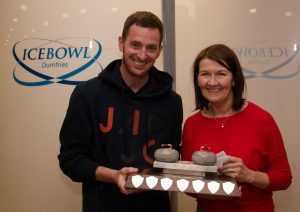 Points Championship was sponsored by the Rivendell Guest House 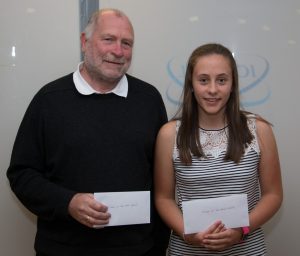