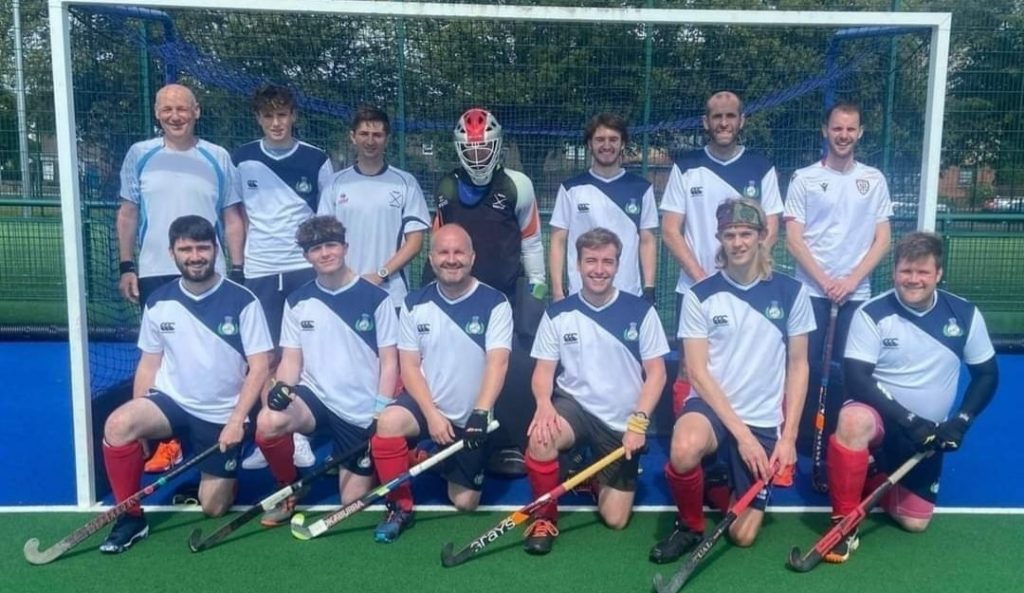 Dumfries came out on top in a titanic tussle with Hillhead 3s. Due to Jubilee festivities Dumfries welcomed Hillhead 3s to King George V park on Tuesday night (May 31st) in a do or die cup game. The squad entered the match knowing a win would guarantee them a place in the West District Cup final but to get there they had to overcome a team who had recently been crowned West District 1 champions and lost 1 league game all season.

Dumfries started the game well knocking the ball about confidently, and probing for any opening although Hillhead’s defence stood firm. It was during this time that Dumfries spurned several golden opportunities to take the lead. Eventually Dumfries managed to get on the score sheet with a searching ball by Callander that found Mair between several defenders; the forward used his pace to glide past them and fire a shot low and past the Hillhead keeper. 1-0.

The travelling team grew into the game and started an a real bombardment from their free hits which the home team managed to deal with well. However, pressure really started to mount in the last 10 minutes of the half and Steele was called into action several times to keep the Hillhead attackers at bay. HT 1-0.

Plenty of fluids were taken on at halftime and a few points were emphasised and the team returned to field eager to get the job done. Hillhead began the second half stronger and continued to push for the equaliser. Eventually the Dumfries goal was breached and a slick move resulted in a Hillhead attacker placing the ball beyond Steele. 1-1. With momentum truly back with the travelling team Dumfries looked to regain a foothold of the match and went back to their dynamic and fluid game.

They were reward as Mair drove the baseline before cutting it back to Aitken who’s nudge on fell to Johnston and the bearded assassin lifted the ball home to retake the lead. 2-1. With the crowd behind them and their tails up Dumfries looked to put the game beyond Hillhead but due to miscued passes and poor decision-making they failed to extended their lead. In fact, it was Hillhead that started to press forward searching for another equaliser but Steele remained equally to their attempts pulling of a string of good saves.

Eventually the next goal did come and it began with Mair pressing the Hillhead CB who’s wayward pass fell to Johnston who moved it on to Mair; as Mair drove towards goal he found Graham with a slick square ball and the forward found the back of the net. 3-1. Although Hillhead continues to press they couldn’t find another goal and the scoreline remained unchanged. FT 3-1.

This result means that Dumfries have won all their cup games and a place in the final on June 18th awaits although presently the opposition is unknown.

Many thanks to all those who came down to watch and for Hillhead travelling down on a Tuesday night. A special thanks to Tori and Mikey for umpiring what at times was a feisty encounter. We wait to see who Dumfries play in the final but 18th of June, book the time off.