Mid Annandale Ladies Lose Out In Local Derby With Queens 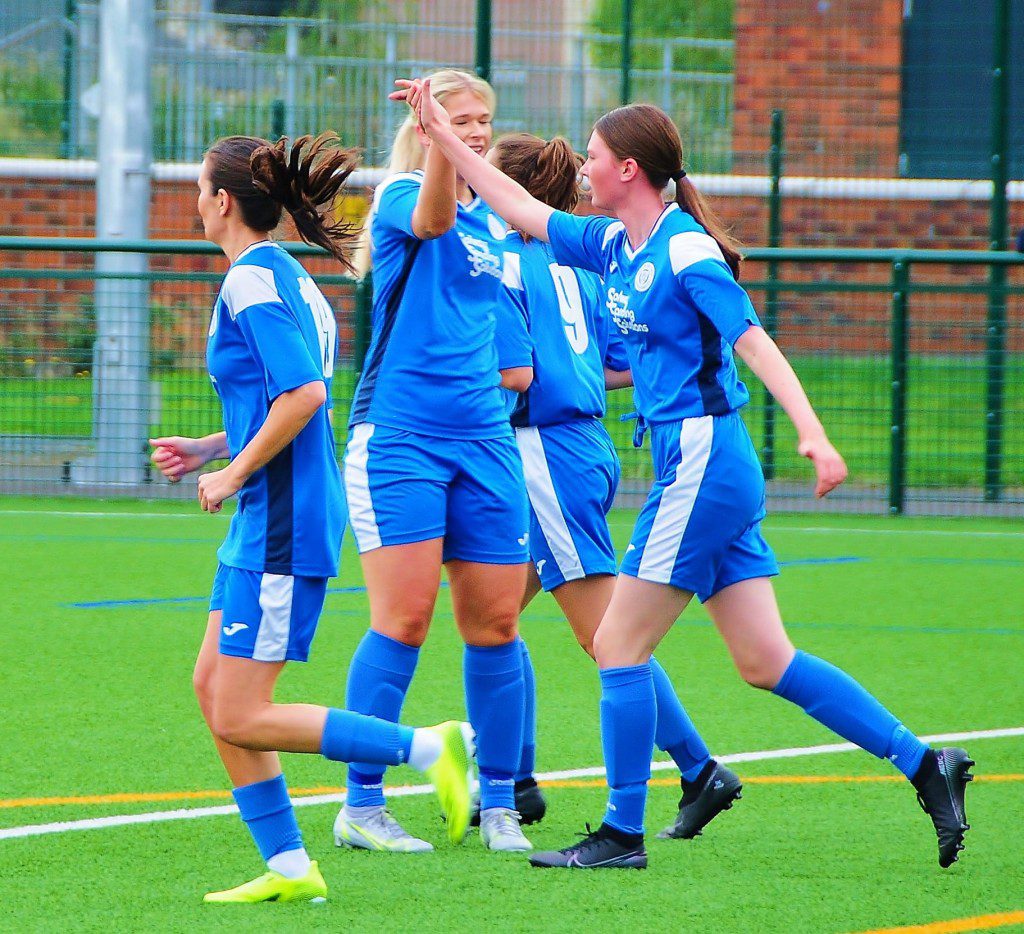 It was a local derby at NWCC on Sunday with the visitors from Lockerbie taking on Queens Ladies as the season moved past the half way mark.  The fixture attracted a large crowd of spectators and they were treated to an entertaining game.

Mids started well and came close to opening the scoring in the opening minutes but fortunately for Queens, the Mids striker put the ball narrowly past the post.  It was Queens who did get the first goal however, after good work by Maisie Copland on the left, finishing with a cross to the far post where Eve Jackson was waiting to nod the ball home.  Queens started to dominate the game with full backs Maisie Copland and Mya Meechan powering forward at every opportunity to support the midfield.  Mids were dangerous on the break but Queens’ central defence managed to match the pace of the attackers and mop up any danger.  It wasn’t until the 43rd minute that Queens got the second goal that their play deserved, a great finish from Megan Masterton giving Queens a 2-0 lead at half time.

Queens had to make changes at half time due to injuries, but it didn’t disrupt their play, and midfielder Charlotte Smith added a third goal in the 48th minute when she forced the ball home from close range. Holly ovens added the fourth goal with a shot into the top corner from just inside the area after eluding her marker.  The game became more physical with some hard challenges going in but with Queens well in control, they added a fifth goal when Bronwyn Davis placed the ball into the corner from ten yards out in front of a congested goalmouth.

Final score 5-0 to Queens Ladies, who maintain their unbeaten record and now travel to second-placed Giffnock on Sunday, with a home fixture against the only other undefeated team in the league, Bishopton, to follow.