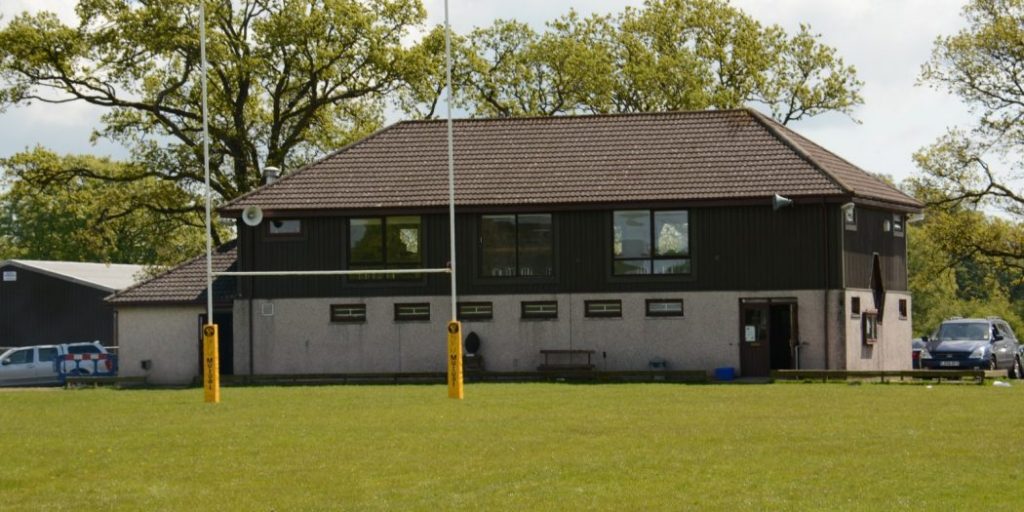 Stewartry lined up for their final home league of the season against Dalziel on Saturday the 16th of February at Greenlaw, Castle Douglas.

Stewartry kicked off into the wind and soon found McCulloch winning a lineout in the  Dalziel 22  and McMorran driving to the posts the Steelmen clearing to half way. Dalziel won the next lineout quickly followed up with a penalty to the corner. Another lineout win and drive for the line saw Dalziel open the scoring in only seven minutes. 5-0 Dalziel. Dalziel kept the pressure on but midway through the first half Stewartry  started to put a series of phases together from backs Kerr, Muir and Fingland taking play over the half way line but Dalziel held strong. Dalziel won possession and almost scored a second try stopped just short of the Blacks line.

With scrums and lineouts going with possession Mosey chipped into Austin’s path taking him thirty metres to the half way line. Stewartry were starting to put some pressure on Dalziel McCarney, Austin, Mosey, Muir and David Kerr winning a penalty which Mosey converted on the half hour. 3-5. This gave Stewartry the spark they needed with hooker McGuire leading the way winning a scrum award which he then hooked and the ball passed to David Kerr for a try in the corner. Stewartry  leading 8-5 at half time.

Dalziel started the second half on the front foot but a series of injuries disrupted their attacks Boyd won a lineout to his surprise and Mosey kicked just too long. Mosey then won the Dalziel restart kick winning a penalty which he then converted 11-5. Two minutes later it was Mosey again with a penalty kick. 14-5 Stewartry.

Seventy minutes saw Fingland kick back the way to the wing right into the hands of David Kerr who passed to Austin back to Fingland and returned to Robert Austin who ran between the posts. Mosey converted 21-5 and Stewartry had the game won. The Blacks tried to go for the bonus point with a further two tries but they only managed one from Craig Mosey who nipped in in the corner for the third try.

A final score of 26-5 gave Stewartry a hard fought win to boost their hopes of a mid table finish with one game away at promotion hopefuls Garnock  on March 2nd. to come.