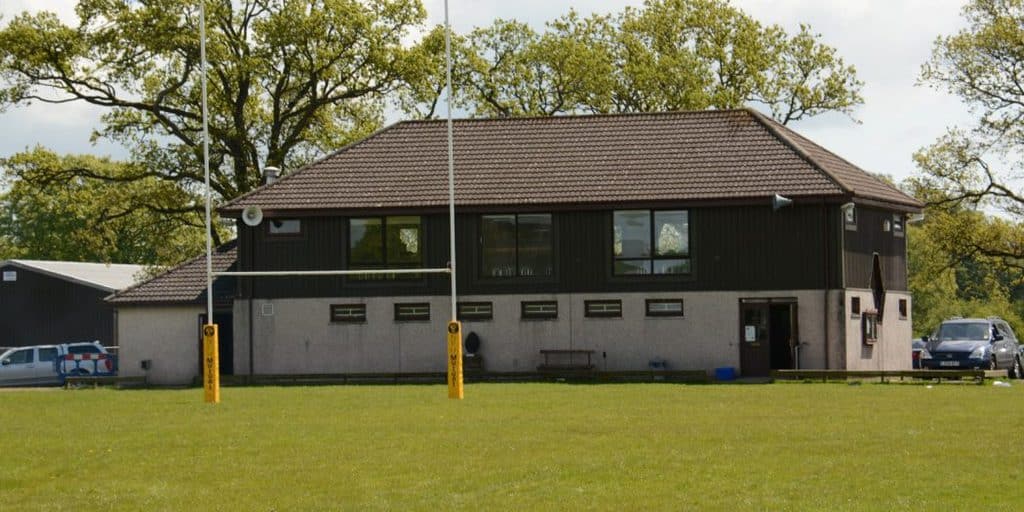 A second meeting in three weeks saw Stewartry kick off in the Tennent’s West One game which was also doubling up as the first leg of the Chisholm Cup which Annan hold and lead 10-7 in games won at the start of the game.

Annan were keen to avenge the earlier game this season in the West Shield  the Blacks winning 19-11.

Annan attacked from the kickoff with Stewartry unable to clear their lines further than the half way and stand off Craig Mosey was the busiest man on the pitch with his many clearances to touch. Stewartry’s Hogg and TJ McCarney were putting in vital tackles to stop the Annan onslaught but a penalty award in ten minutes gave Annan the breakthrough with a kick in front of the posts. Annan converted for an early lead.

Fifteen minutes and Stewartry with their first attack into the Annan half were rewarded with a penalty out wide. Ben Johnstone gained control of the loose ball and scored in the corner. The conversion dropped just short and Stewartry led 5-3 much against the run of play.

Annan kicked long from the restart and play again continued to be in the Blacks half of the field.

A scrum collapse from Stewartry gave Annan another kick at the posts which they converted to reclaim the lead 6-5.

Stewartry forwards Hogg, Maxwell and Underwood drove forward deep into the Annan 22 before Johnstone had his try attempt disallowed for a double movement on the ground. Half time 6-5 Annan.

Stewartry made some forward changes with  Stuart Broll  and Stevie McCulloch coming on to freshen things up. Broll soon led a charge into the Annan 22 and McCulloch was now winning all the Black lineouts.

Boyd won a penalty award in front of the posts and Mosey converted for Stewartry to lead 8-6.

A number of injuries to both teams made the final minutes a bit stop start before Ben Johnstone scored his second try in the final minute of normal time for Stewartry to lead 13-6.

With eight minutes of injury time to play Annan continued to press the Stewartry line but the Blacks held firm and Taylor’s final play bringing up the ref’s final whistle.

Two wins in a row for Stewartry over their local rivals and second place in the league with three wins while Annan drop to last still looking for a first league  win of the season.

This week Stewarty are at home to league leaders Allan Glens in the first round of the West Shield with a 3.00pm kick off