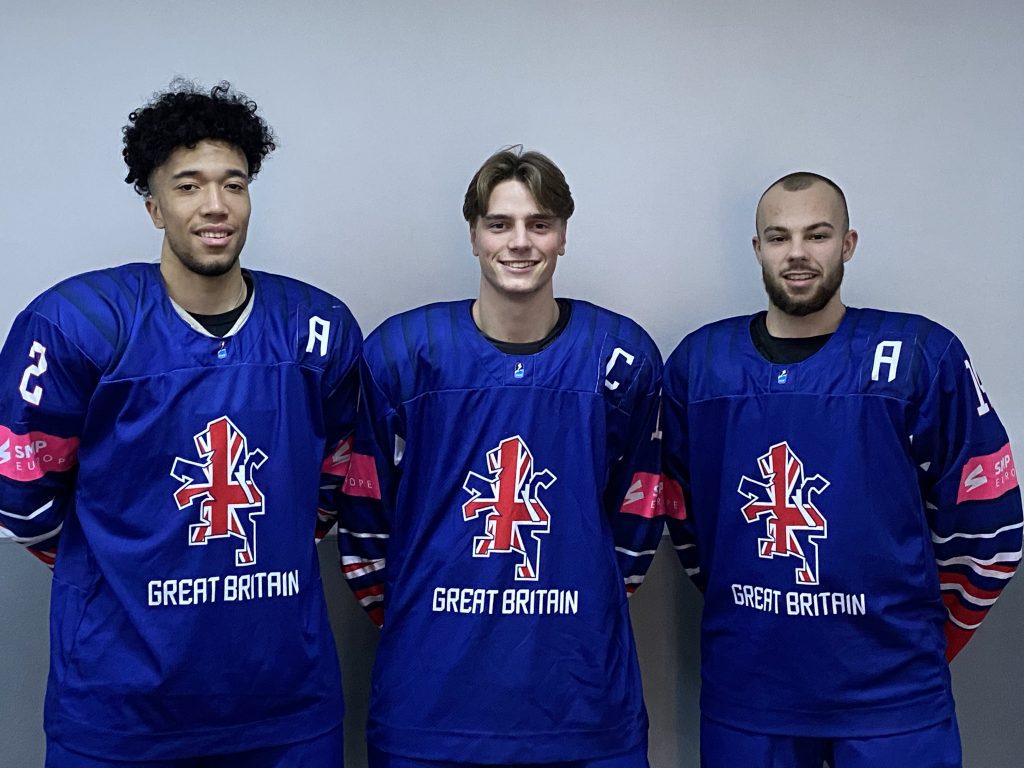 Solway Sharks are watching Great Britain U20s World Championships currently taking place in Brasov, Romania with interest, as 3 of their own are involved.  Sharks’ head coach Martin Grubb is leading the Under 20s National team as head coach, and he is accompanied to the Championships by Sharks’ equipment manager Peam Stenton and defenceman Liam Stenton.

Ahead of the tournament Liam was named as captain of Great Britain Under-20 team for the World Championship. The 19-year-old has five GB U20 caps to his name – winning the silver medal in Vilnius in January 2020 – while he’s also represented the under-18s five times.

Stenton said: “It’s a really big honour for me being captain, even being selected for the team is a massive honour.  Being named as captain really means a lot to me. It means the coaches and staff feel I am a good leader. I like to lead by example and will work hard and do the right things.”

GB U20 Assistant coach, Dayle Keen, said: “Liam is a player with extraordinary talent. He’s a very mature young man. He carries himself like no other young man I have come across. He has a very bright future and we are very lucky to have him leading this team.”

GB got off to a good start on Monday, beating Spain by 7 goals to 2 in the opening game of the tournament, Stenton weighing in with GB’s third goal.   The team had a hard-fought game on Tuesday against Lithuania, eventually emerging 5-3 victors.  The team’s Division II Group A campaign continues over the rest of the week, concluding on Sunday.