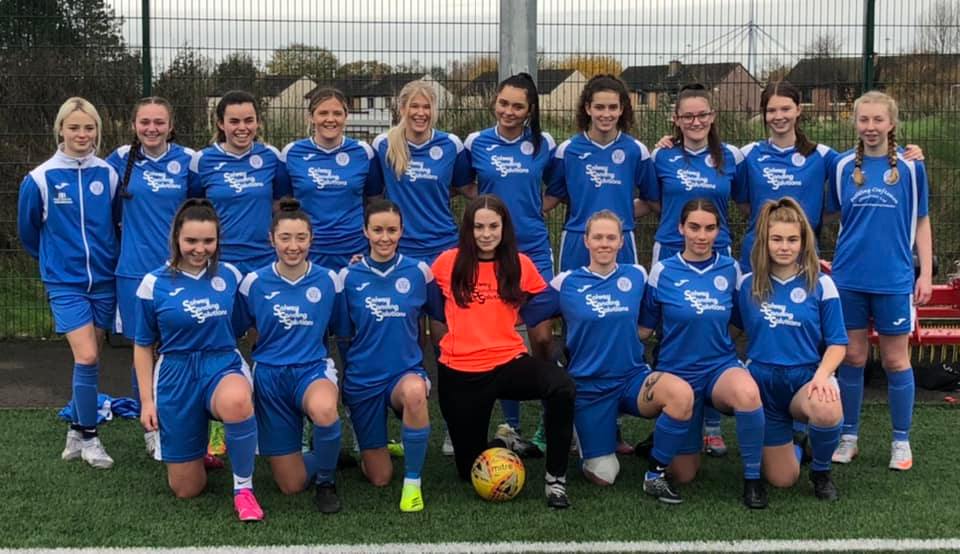 Last Sunday Queens Ladies made the trip to Stewarton for their penultimate league match.

Queens started the game strongly, playing a passing game and building from the back. Queens got the opener their play deserved in 23 minutes when Maisie Copland, who was giving the Stewarton right back a torrid time, was tripped in the box and striker Lois Geddes stepped up to slam the ball high into the net. Queens added a second just three minutes later when a passing move involving Lucy Allen, Bronwyn Davis & Maisie Copland ended with a pass to Holly Ovens who curled a shot into the top corner from the edge of the box. Queens increased their lead five minutes later when a great ball from Abbie Dunlop picked out Holly in front of goal and she slotted the ball home from close range. Holly completed her hat trick on 37 minutes with a low shot from the edge of the box.

The second half saw Queens continue to play some great football at a high tempo, moving the ball around well. Stewarton did pull a goal back but the four goal cushion was restored by Lois Geddes who got her second of the game when she shot home from inside the box, leaving the keeper with no chance.  Final score 5-1 to Queens who don’t have a game this weekend but will complete their league fixtures the following week with their final away game.