National Highways and The Wildlife Trusts have joined forces to launch a new £6 million Network for Nature programme that will improve habitats across the North West of England benefitting people, nature and wildlife.

The projects will help create, restore and connect places for wildflowers, trees and wildlife, where the environment has been impacted by activities from previous road building. Natural solutions such as wetlands and reedbeds will help filter polluted run-off from roads.

One project will support wild and diverse pollinators including bumblebees, beetles, and moths through planting wildflower meadows close to urban housing estates near Penrith.

Another will see nature connections on the Manchester Mosses by re-creating a nature recovery network across this endangered landscape, which is bisected by the M62. The project will improve, and re-wet lowland raised bog for specialist plants, including sphagnum mosses, improve carbon storage, and offer wildlife stepping stone sites and buffer areas.

To help fight climate change and store carbon, peatland bisected by construction of the M6 will be restored in an area of badly damaged blanket bog, which needs re-wetting. Damaged and dried out peat releases carbon dioxide, increases flood risk, and reduces habitat for wildlife. The work will increase cottongrass, bilberry, cranberry, and bog rosemary and attract golden plover, short-eared owl, and snipe. 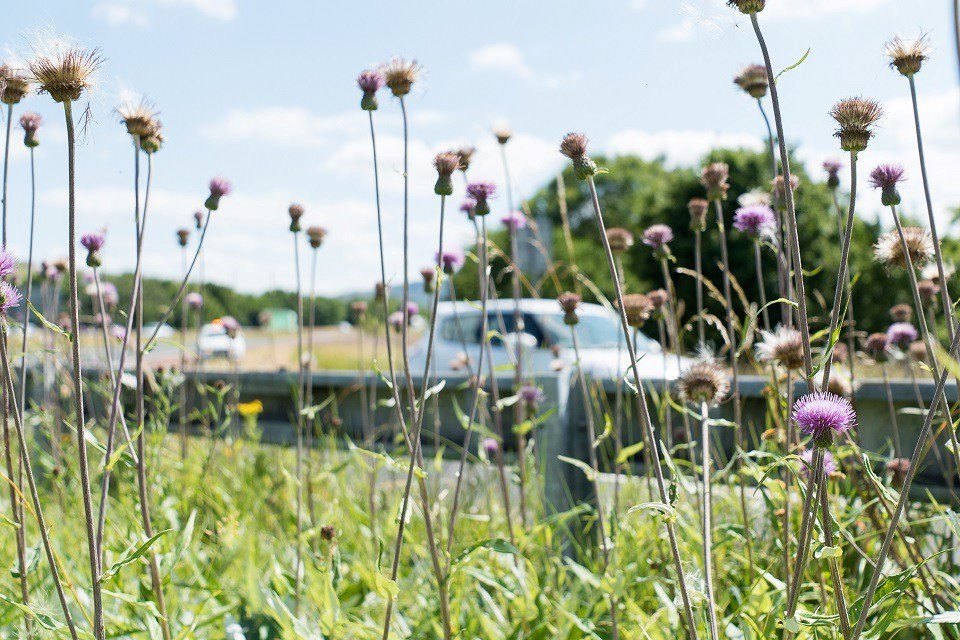 National Highways, the company responsible for England’s motorways and major A-roads, has awarded nearly £6 million from its Environment and Wellbeing designated fund into the Network for Nature programme.

Overall, twenty-six biodiversity projects will enhance, restore and create more than 1,700 acres (690 hectares) of woodlands, grasslands, peatlands and wetlands across every region of England, with 5 sitting in the North West of England.

In England, the roadside estate is vast and yet is adjacent to some of our most precious habitats. When situated alongside linear infrastructure, such as motorways, habitats can create crucial corridors for pollinating insects, birds and small mammals, enabling wildlife to move through the wider landscape.

“Over the last few years we’ve led the way in the North West in demonstrating how we can improve bio-diversity alongside our motorways and major A roads.

“Our ground-breaking partnership with Cumbria Wildlife Trust and its Get Cumbria Buzzing initiative has helped breathe new life into our roadside verges – particularly in enhancing habitats for vital pollinator species.”

Since 2015 the company has invested around £25 million towards the creation, enhancement and restoration of habitats on or near the motorway and major road network. The combined group of projects within the Network for Nature programme will be one of the biggest contributors towards biodiversity improvements.

Simon Thomas, Cumbria Wildlife Trust’s Lead Peatland Restoration Officer, added: “We’re delighted to receive funding from Network for Nature, which will enable us to carry out peatland restoration work on United Utilities land at Shap Fell, by the M6. This iconic area of upland moorland is well-known as one of the highest points on any English motorway.

“The restored, healthy peatlands will lock in CO2, preventing it from being released into the environment; they will revive a functioning habitat for wildlife, helping moorland birds such as red grouse, snipe and golden plover; protect water quality, and help reduce flood risk downstream.”

Nikki Robinson, Network for Nature Programme Manager for The Wildlife Trusts said: “We’re very pleased that National Highways is committed to Network for Nature, with a strategic approach to restoring nature and joining up vital places for wildlife to help counter the impacts of previous road building.

National Highways aim to achieve no net loss to biodiversity by 2025, lead industry peers and the supply chain, and encourage and support communities to connect with wildlife and wild places where they live and work.

Currently in its third year, National Highways’ Designated Funds programme, which was allocated £936m for Roads Period 2 (2020-2025), is divided into four funding streams aimed at making the biggest difference and delivering lasting benefits; environment and wellbeing, users and communities, safety and congestion and innovation and modernisation. You can find a full list of projects in the North West below.