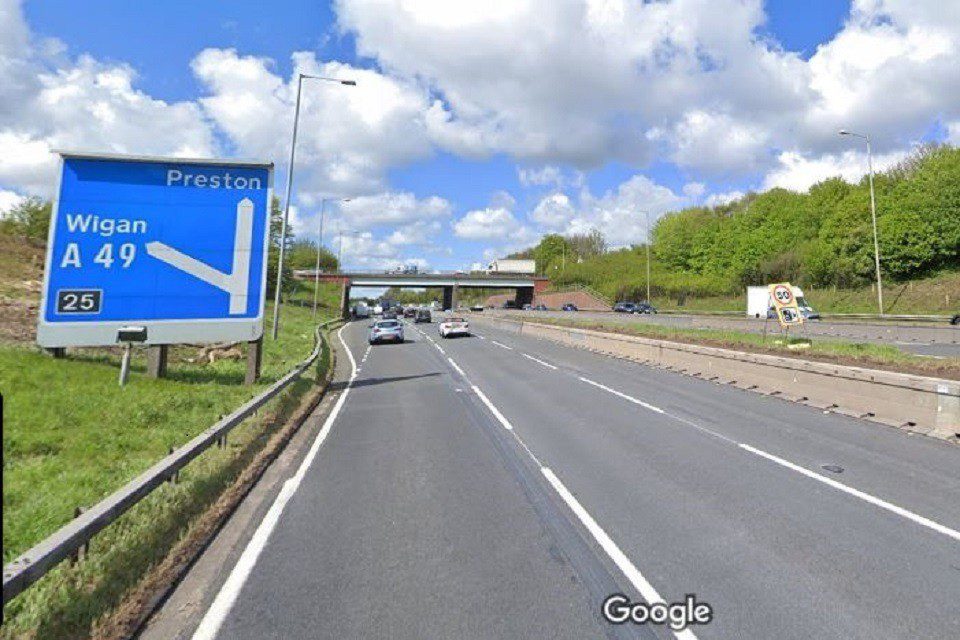 The construction zone for National Highways’ multi-million pounds upgrade of the M6 between Warrington and Wigan is being extended at the end of the month, as the project progresses to the next phase.

National Highways, formerly Highways England, is working to provide extra lanes and new technology along the motorway between junction 21a and junction 26. The improvement will boost capacity and smooth drivers’ journeys through one of the busiest sections of motorway in the country.

“This is an important new phase of the project as we get into our stride in construction terms and deliver this vital improvement to provide safer, smoother and more reliable journeys for the 120,000 commuters, commercial drivers and other motorists who use the M6 through this part of the region every day.

“In planning this project over several years, we’ve worked hard to ensure that all lanes of the motorway are kept open during the day. The 50mph speed limit we currently have in place between junction 23 and junction 26 will be extended to junction 21a from the end of the month but will only add about 90 seconds to people’s journeys.”

The work to extend the roadworks from junction 23 to junction 21a started on Monday (20 September) with a series of overnight carriageway closures between 9pm and 6am each night inclduing:

Signed diversion routes will be in place for each closure.

As well as converting the hard shoulders to provide four traffic lanes in each direction, National Highways will also be installing new radar detectors positioned along the motorway which will automatically detect any stationary vehicles.

A total of 92 electronic signs will also be used to set variable speed limits to prevent stop-start conditions, and close lanes by displaying red Xs during incidents. And 39 new CCTV cameras will provide live images of the motorway 24 hours a day at National Highway’s regional operations centre in Newton-le-Willows.

The metal barrier in the central reservation is also being replaced – with a new concrete barrier to help increase safety and reduce maintenance. Drivers will also be able to use one of ten new emergency areas as a place to stop if they experience a breakdown, with roadside telephones providing a direct link to the regional operations centre.

The improvement is set to open to traffic by spring 2023.  The latest newsletter for the project has just been published and the project also has a dedicated webpage.