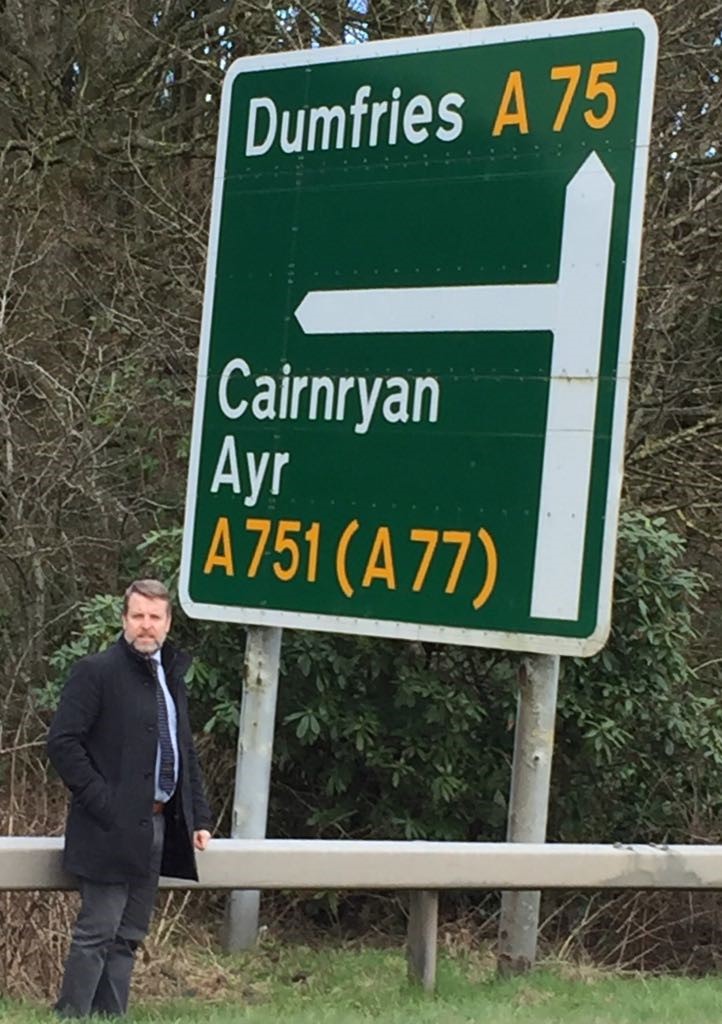 Finlay Carson MSP and Rachael Hamilton MSP have said they want to see the existing limit of 40mph on single carriageways and 50mph on dual carriageways increased in line with the 60mph figure adopted in England.

Their bid has the backing of one of Scotland’s largest haulage companies – Hayton Coulthard – who insist that it will not only potentially save lives but vehicle operating costs. Haulage boss Duncan Coulthard, joined the campaign and insists the Scottish Government must act now.

Mr Carson, MSP for Galloway and West Dumfries, revealed the existing speed limits have been responsible for a spate of accidents on the A75 between Gretna and Stranraer over the years.

Finlay Carson MSP said: “The A75 is notoriously bad for accidents and this is largely down to road users attempting to take risks by overtaking HGVs who are sticking rigidly to the speed limits.

“I am sure the same situation arises on many other single-carriageway roads across Scotland. Frustration creeps in and before you know it there has been a crash often serious or even fatal.

“By allowing HGVs to travel that bit quicker it will help reduce the need for motorists to overtake and reduce the number of accidents.”

”HGV speed limits across Scotland have not been altered following the A9 HGV speed limit trial that concluded the percentage of accidents fell and the wider performance improved substantially.

“Speed limits have increased in England and Wales to 60mph on dual carriageways and the benefits have not impacted on safety.

“Given the need to ensure that freight and goods reach rural communities in a timely manner, the need for haulage companies to reduce costs and the drive to improve road safety in the South of Scotland, it is imperative that the Scottish Government responds immediately.”

We need the Scottish Government to increase the HGV speed limits on Scotland’s roads, given the wealth of evidence which shows the benefits of doing so.

“Studies have shown that road safety improves with higher HGV speeds, as fewer vehicles have to dangerously overtake. It concluded also that journey time savings and vehicle operating costs were predicted prior to the policy change as translating into benefits of £225.8m between 2015 and 2031.”

He added: “I welcome the letter calling on the Scottish Government to increase HGV speed limits, as it is common sense in reducing journey times and costs.”