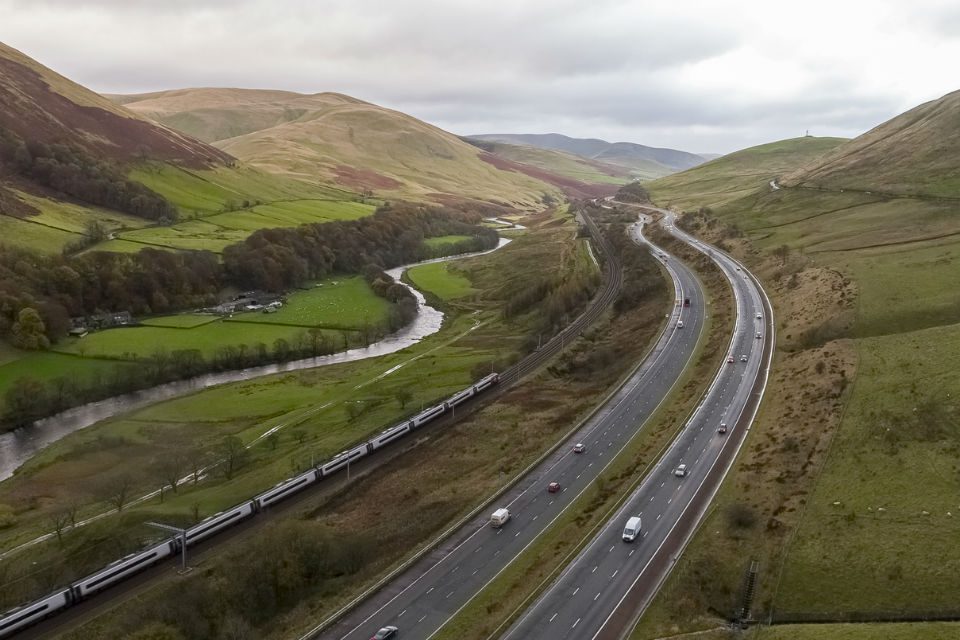 Safer, smoother journeys are on the way for drivers using the M6 near Kendal in Cumbria.In a £1.3 million project, National Highways is resurfacing large sections of the southbound carriageway around junction 36 of the motorway in overnight wear and tear work starting next week.

As well as sections of the main carriageway across all three lanes, the southbound entry slip road will also be resurfaced in the five-week scheme starting on Monday (10 January).

All the work will be done overnight – using lane closures only – when motorway traffic is at its lightest.

As well as the resurfacing, National Highways will be repainting road markings and installing new road studs.  The work is taking place along a mile-long section of the carriageway south of junction 36.

The southbound carriageway within junction 36 itself will be closed overnight for six consecutive nights from Tuesday 8 February. Drivers will be able to use the southbound exit and entry slip roads at junction 36 to leave and immediately re-join the motorway with a simple ‘off and on’ diversion.